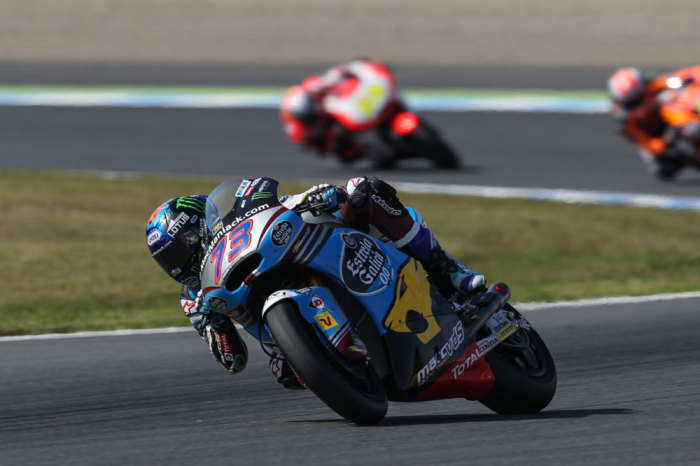 Álex Márquez is determined to bounce back strongly

The rider from Cervera wants to race again after crashing out of the Japanese Grand Prix when he was primed to launch an attack for the top six.

The Spaniard has fond memories of Phillip Island after he finished a close second to Jack Miller in an epic Moto3 encounter in 2014 and one of his six top 10 finishes in his rookie Moto2 season came in Australia.

The Phillip Island track is universally adored by riders from all three World Championship classes for its fast, flowing and technical layout. And its coastal location overlooking the scenic Bass Strait provides one of the most picturesque settings on the 18-round schedule.

Its proximity to the coast though has a tendency to deliver wildly contrasting weather conditions, with rain, gusting winds and cool temperatures a common feature of proceedings.

Álex Márquez:? “I am really motivated to go to Australia now and show that the fall in Japan was just a blip. I know the reason why I crashed and we can learn from that experience to avoid the same mistake happening again in the future. I can take confidence from the fact that I crashed in Japan while pushing hard to finish inside the top six and Phillip Island is a track that I really like. I made some good races there in Moto3 and last season in Moto2 I was not so bad, so I go there 100% motivated to achieve a strong result. Phillip Island is a track that suits my riding style and I can’t wait to get out on track. It has a lot of fast corners where you have to be brave and that is my strong point. Normally you’d think the slower corners would be easy to master but for some reason I feel much better in the faster turns. As always we must pay attention to the weather because it looks like it will be cold and wet at times. That makes the challenge a little more complicated but it is the same for everybody and we must push at the limit from the first practice.”