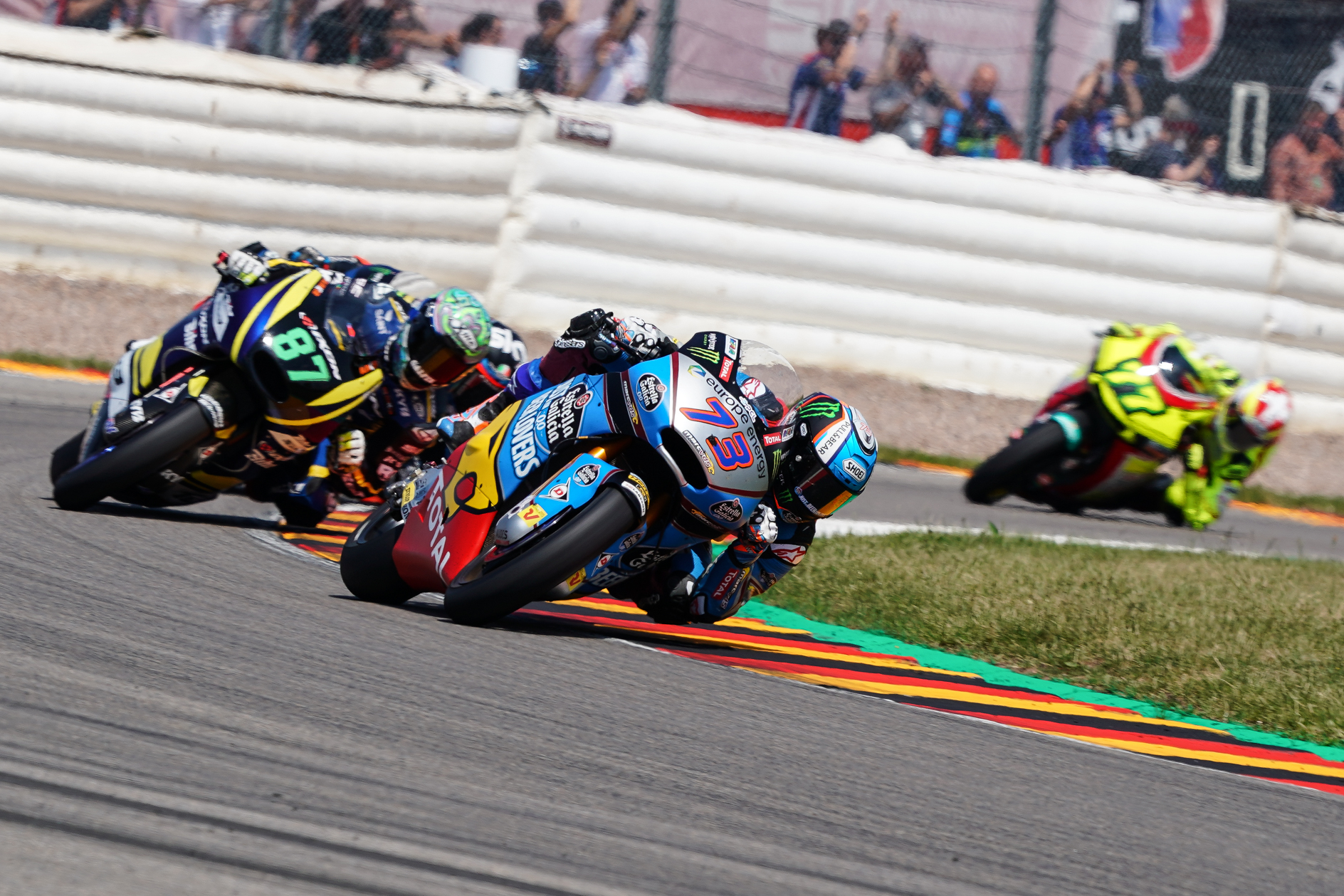 Difficult race for Alex in Sachsenring

The twenty – eight laps of the race of Moto2 Grand Prix of Germany have proved a tough battle on a Sunday heat and humidity on the winding circuit of 3.6 km Sachsenring .

The race has been a grueling challenge for Álex Márquez , still sore after its sharp drop in FP3 on Saturday. At the start of the race, Márquez stood at fourth place, then down to seventh place and then having a tough battle with six riders to enter the top ten. Although finished thirteenth, Marquez has finished less than two seconds of the eighth .

The next race of the Moto2 World Championship will be held on August 5 at the Grand Prix of Czech Republic , Brno circuit. Márquez remains in third place with 113 points.

Álex Márquez:
"I have suffered a lot from the first laps, especially on the rear tire. He was not sure if something was wrong on the bike, so my goal was simply to have everything under control and finish the race. I pushed hard, but I started to suffer more from mid-career, so it has been a difficult weekend for us. I do not like to have finished the first half of this season, but now comes the summer break to try to recover again. "