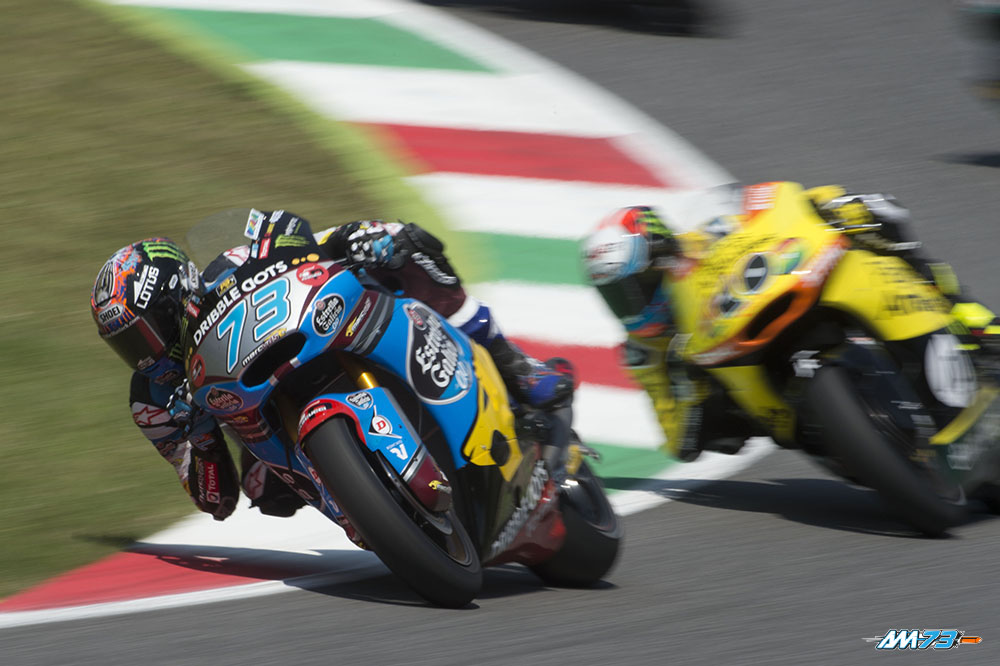 Álex Márquez took a hard fought 12th place today, after a difficult start and then losing places as a result of another rider’s crash. The reigning Moto3 World Champion battled throughout the race with Alex Rins, despite contact from Mika Kallio causing some problems with his Kalex Moto2 machine. Márquez was pleased with the progress that he made at Mugello and will have plenty of reasons to feel optimistic ahead of the Barcelona race, as he continues to adapt to the Moto2 class.

Álex Márquez: 12th
"Today I didn't make a good start, I fell to the back of the field at the first corner, and I tried to recover but with so many riders in front of me I lost a lot of time. When I did fight my way through then Morbidelli and Rins touched and Morbidelli went down in front of me, losing me a lot of time. I recovered that time again and that's positive for me but I had a lot of problems with the bike after I touched Kallio and we need to check what happened. But, overall, my rhythm wasn't bad. I need a better result for the team and myself but we'll keep going and improve step by step."

Michael Bartholemy: Team Principal
"I think that was what we've been working towards after the three difficult races to start the season and in the last two races we were missing a little bit to make it happen, but we can now see that the package is competitive. This win is what we need and it will help build Tito's confidence ahead of Barcelona. He's fast again and he'll be at home so I think his title defence will now get stronger because of the work done today. It was a good race from Alex too and I think that he could have been closer to the top 10 but he was behind the accident between Kallio and Morbidelli and he lost five positions. However, he fought back and he was able to fight with Rins today and for sure Alex will go much more confident to the next race in Catalunya."