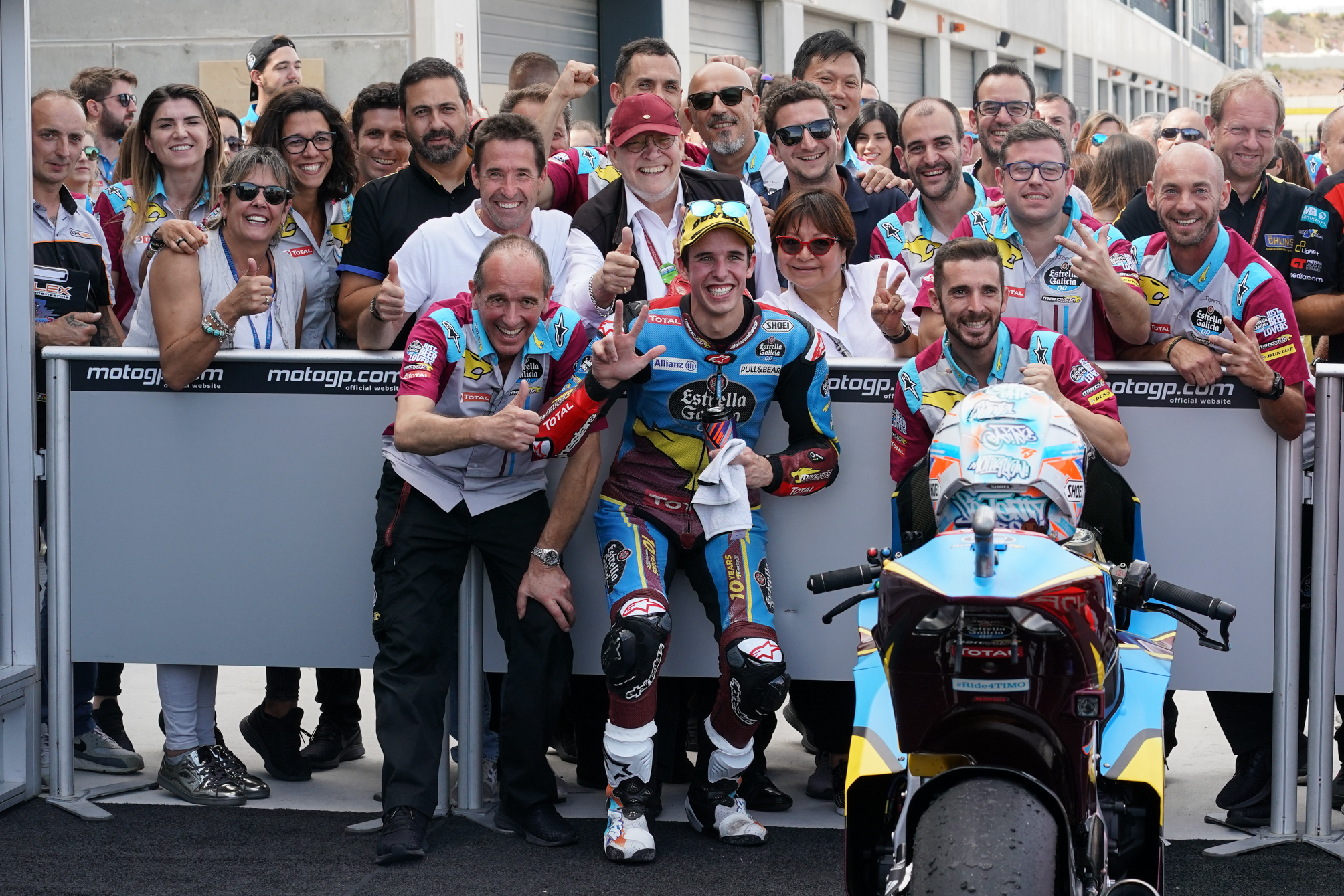 Thanks to a revised schedule, the 14th round of the season, the 21-lap Moto2 race got underway at 14:30 in ambient temperatures of 26 degrees.

Márquez emerged from the tight turn one at Motorland Aragon in 2nd place after starting from his 4th pole position of 2019.

As Brad Binder escaped at the front of the race, Márquez was involved in an exciting 5-rider fight for second. After holding the position from laps 12 to 19, the 23-year old had the championship in mind when he lost a place to Jorge Navarro.

Márquez came home in a comfortable 3rd place, 2.8 seconds behind race winner Binder and stretched his championship advantage from 26 to 38 points.

Alex Márquez, 3º: “It was not easy. The conditions changed quite a lot and the wind direction too, so it was difficult to understand from the beginning. I started to build up my confidence and my rhythm step-by-step. In the middle of the race I started fighting with Luca Marini and at that point I lost many, many seconds. That was the big problem of the race. For the rest I was feeling pretty good and I tried to catch Brad Binder. But it was so difficult. I didn’t have so much grip left in the rear tyre at the point. Then in the last two laps I saw that Jorge Navarro had something more than me so I said, ‘OK, third is enough.’ We come away from here with 38 points in the championship race, which is the most important thing. I’m so happy and proud of the team and we need to keep going like this.”