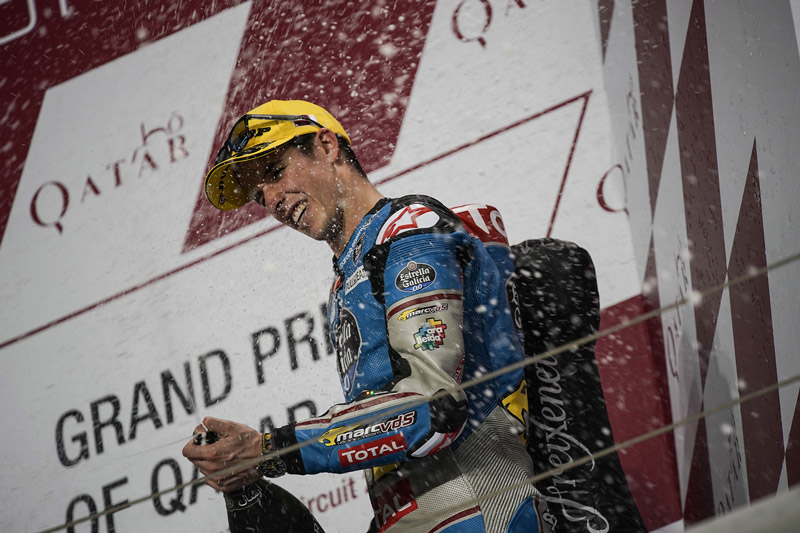 Márquez opens the season with podium in Qatar

With five laps remaining while in second place and poised to challenge Francesco Bagnaia for the lead, Márquez slowed when the rear brake jammed on his bike.

Despite the setback Márquez was able to salvage a third place podium after starting from pole position for the opening race of the 2018 Moto2 World Championship.

The second race of the season will be the Argentine Grand Prix on April 8.

Álex Márquez:
"Although I was not able to get the victory today I am happy with pole position and third place considering the brake problem. I stayed smooth in the first half of the race to save the rear tyre for the end but then it felt like the engine locked but I looked down to see the rear disc glowing red hot and obviously jammed. Then I made my rhythm with no rear brake to make sure I finished third and started the season with some good points."