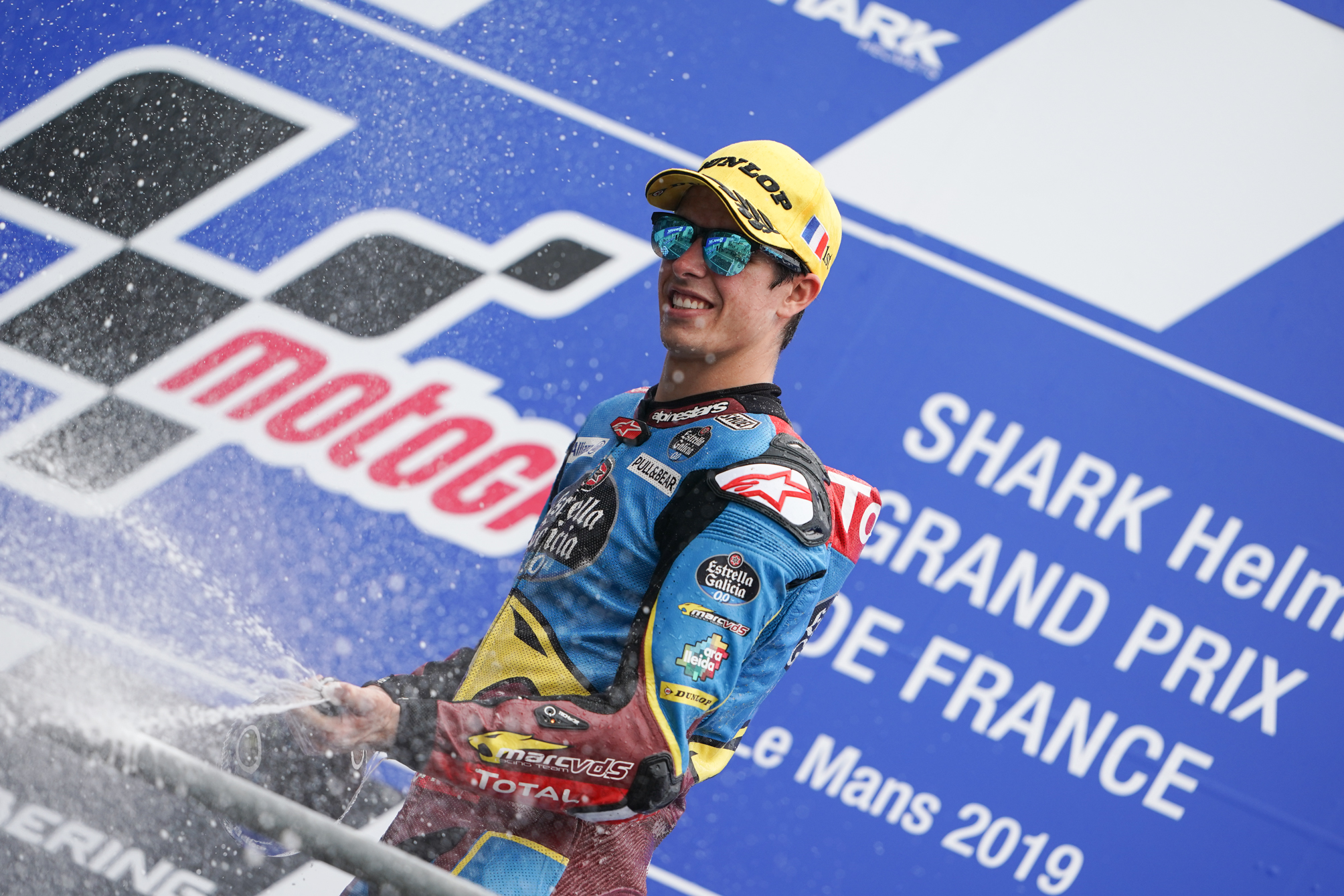 The rain that was forecast for lunchtime on Sunday stayed away, and the 25-lap Moto2 race was held in dry, overcast conditions.

After qualifying on the front row for the third successive race, Márquez started well and took the lead from Thomas Luthi on lap four.

As Jorge Navarro applied pressure, Márquez posted his personal best time of the race (1:36.916) on lap 14 to extend his lead to 2 seconds.

Márquez expertly managed his lead during the final ten laps to win by 1.119 seconds with Navarro second and Augusto Fernandez third.

The result sees Márquez climb to fourth in the World Championship, 14 points behind leader Lorenzo Baldassarri.

Alex Márquez: “I’m so happy! It tastes so good to win again after such a long time. It was a tough race. I was constantly trying to control the gap to the riders behind. I had a really good first seven laps and after that I was more or less trying to keep my concentration. I was not thinking too much, just trying to make it flow on the bike. This is a ‘team win’ because we did a really good job during all of the preseason, and especially this weekend. There were three different conditions to consider and I changed the rear tyre for the race on the grid. Now in the championship we recovered important points. Now we need to maintain this rhythm that we have.”