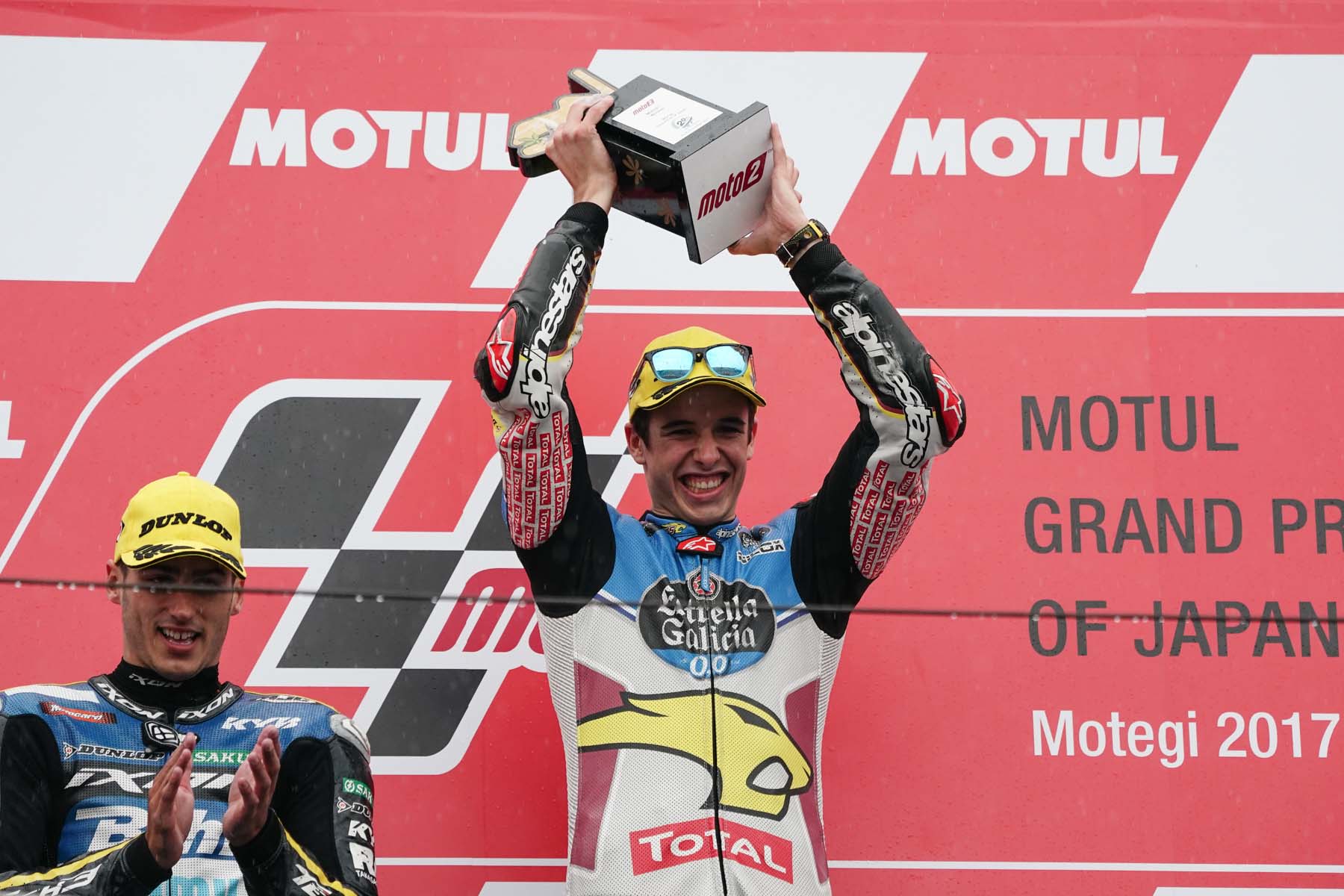 It was wet track masterclass by the 21-year-old Spaniard who rode a near faultless race in atrocious conditions at the Twin Ring Motegi.

It was a heroic comeback by Márquez who had failed to score points in the previous two races after suffering a left hip injury when he crashed out of the Misano race.

The race was shortened to 15 laps because of an earlier delay due an oil spillage in the Moto3 warm-up.

With three races remaining Morbidelli has 256 points with Lüthi on 232 and Márquez in third place on 180 points.

Alex Márquez: “I’m really happy for this victory and I knew I had this potential despite my crash on Saturday morning in practice. I managed the race very well, it is never easy to stay calm in these conditions and I waited for my moment to go to the front. At the end I could open a gap and control the victory. I want thank my team, the doctors and everyone who has helped me to come back after my injury.”