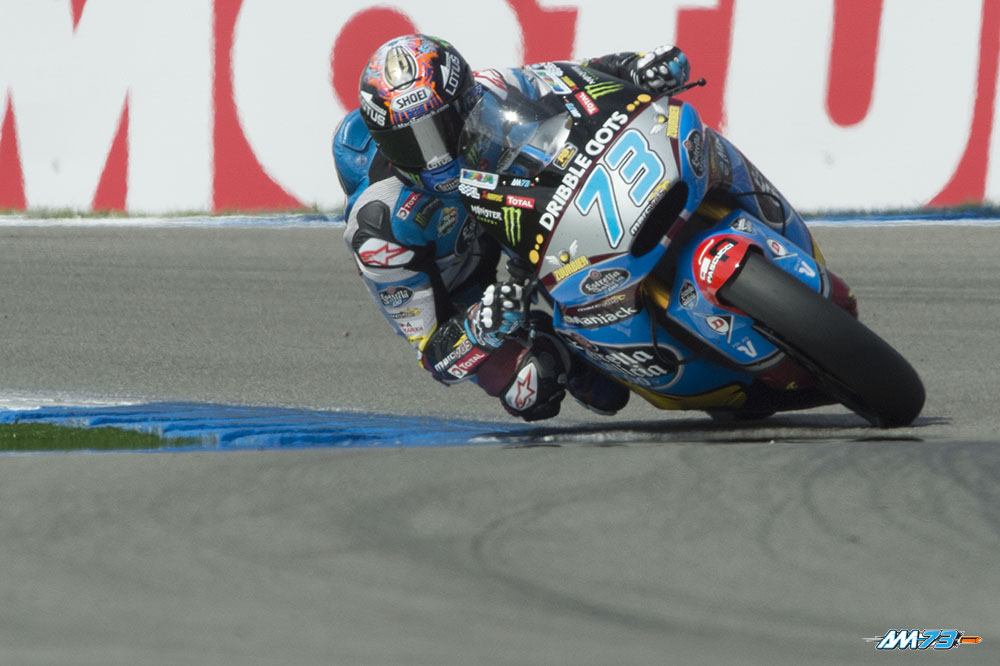 Àlex gets ninth position in Assen

Álex Márquez was also involved in a titanic battle throughout today’s shortened 16-lap race, trading places with Mika Kallio until a mistake in the closing stages allowed the Finn through to take eighth place at the finish. Ninth place for Márquez equalled his best result since he stepped up to the intermediate class as the reigning Moto3 World Champion at the beginning of the season.

"I'm happy with the race but I think that we could have done a little bit better. I started well; that was a positive because I've not started well in other races, but then I tried to overtake some riders and I lost some time. With three laps to go I made a mistake, the bike hit a neutral and Kallio passed me. Without that I think that eighth would have been possible. We need to improve our qualifying but also the feeling from the front in the middle of the race so that we can maintain our lap times over the full race distance."

Michael Bartholemy: Team Principal
"It was a nice race and I think that it's what everyone wanted to see. Tito fought hard with Johann and at the end of the day it’s always good if you finish first, second or third. I'm happy to have another podium and I think that we've been back there at the front with Tito for the last few races and that's always good. It was also a nice race from Álex; he was near to the leading group and fighting with Kallio who has a lot of experience in Moto2. In the last two laps he was able to get ahead if Álex but I'm happy to have him in the top ten."