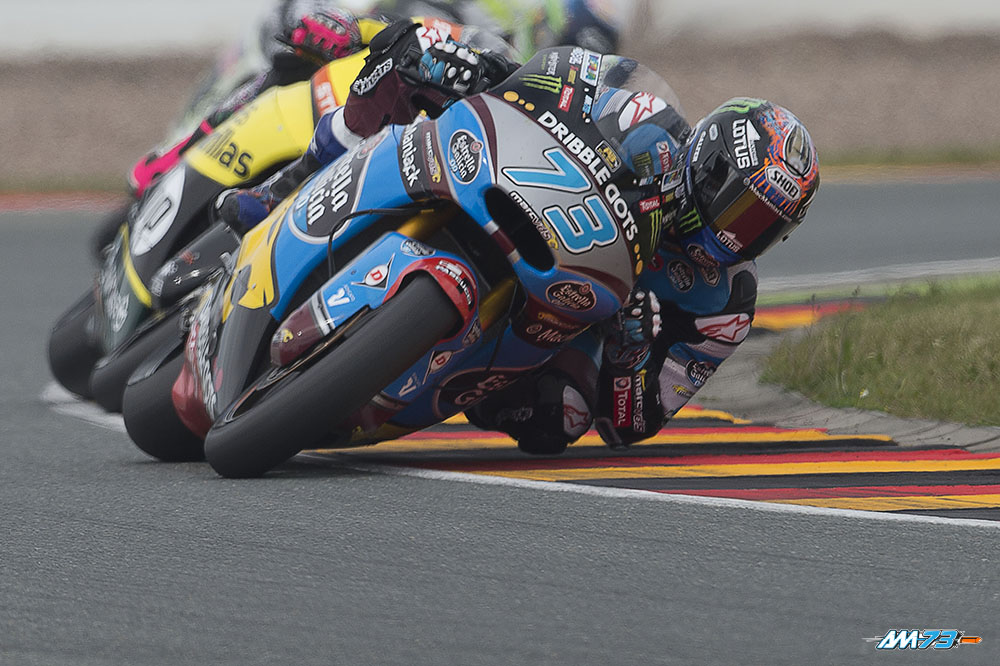 Álex Márquez finished 18th after a difficult weekend for the rookie rider. The reigning Moto3 World Champion had two crashes yesterday and knew that he was facing a tough task in today’s race, which he started from 24th position on the grid. The Team Estrella Galicia 0,0 Marc VDS rider dropped to the back of the field after making contact with another rider on the opening lap. From that point onwards Marquez showed good pace but could only come through to finish 18th.

Álex Márquez: 18th
"We had bad luck this weekend because we had two crashes and it meant that I didn't have a good rhythm on the first lap. I had some contact with another rider and I ran wide but I think that we worked well today. We have to improve a lot but I think that our rhythm means that it’s possible to finish between tenth and fifteenth. Indianapolis is a circuit that I like and we'll try to do our best there when we return to racing. For the summer break I will spend the first week in France where I’ll be doing some road cycling."

“It’s a shame because Tito rode such a great race, only to lose out on a podium finish because of another rider’s mistake. He has impressed me once again this weekend; I know his injured shoulder is painful, but he’s ridden with the same determination as always and not allowed it to slow him down at all. Today he rode a clever race; conserving his strength until the final stages and then finding a way past Morbidelli on the final lap. The last lap was always going to be a battle, but he took third place with a clean pass only to fall victim to an overambitious move in the final corner. It’s been a difficult weekend for Álex, but one where I hope he’s learnt a lot. He was unfortunate to get pushed off track on the opening lap, but he did well to fight his way back up through the field. Indianapolis is a track he likes a lot, so I’m confident we will see a big improvement from Álex there.”