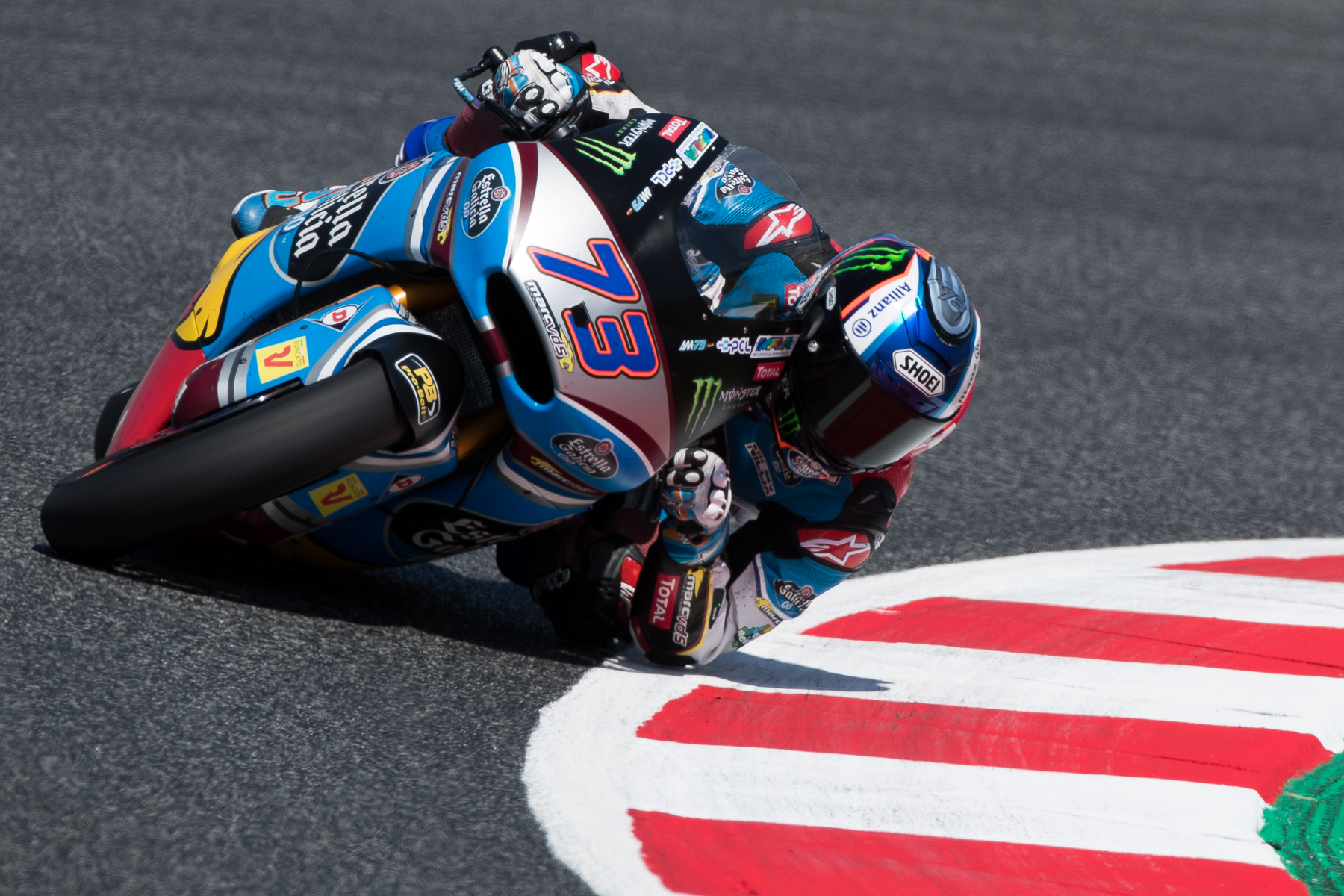 Alex Márquez arrives in a positive momentum in Assen

Alex Márquez, both head to Assen for round eight of the Moto2 World Championship with the podium firmly in their sights.

It is Márquez who arrives at Assen as the rider in the best form. The 20-year-old Spaniard is currently riding a wave of confidence after finishing third in Mugello and then going on to secure his second race win of the season with a dominant performance in Barcelona one week later.

Márquez doubled up with wins in Barcelona and Assen during his Moto3 championship winning season in 2014 and the Team Estrella Galicia 0,0 Marc VDS rider is keen to repeat that success this year, as he works to close the gap on Lüthi and Morbidelli in the championship standings.

Alex Márquez: "Assen ranks as one of my favourite tracks and from the first time I raced there with the Moto3 bike I was fast. I won in 2014, after also winning in Barcelona, but I think it will be difficult to repeat that this weekend. Of course I go there to try and win, but not at all cost. I won in Jerez, but I made mistakes in the race. In Barcelona I didn't make one mistake and I need to continue in this way now, racing for the win when it's possible and racing intelligently when it's not. It's close in the championship standings, but you win the championship not at the summer break, but at the last race of the season. To go into these two races looking to claw back a 20-point deficit just to lead into the summer break would be a mistake, one that increases the risk of a crash and zero points. If we can close the gap to Franco in Assen and at the Sachsenring then I'll be happy, as it will set us up nicely for the second half of the season. Of course, it won't be easy, but that's the goal."