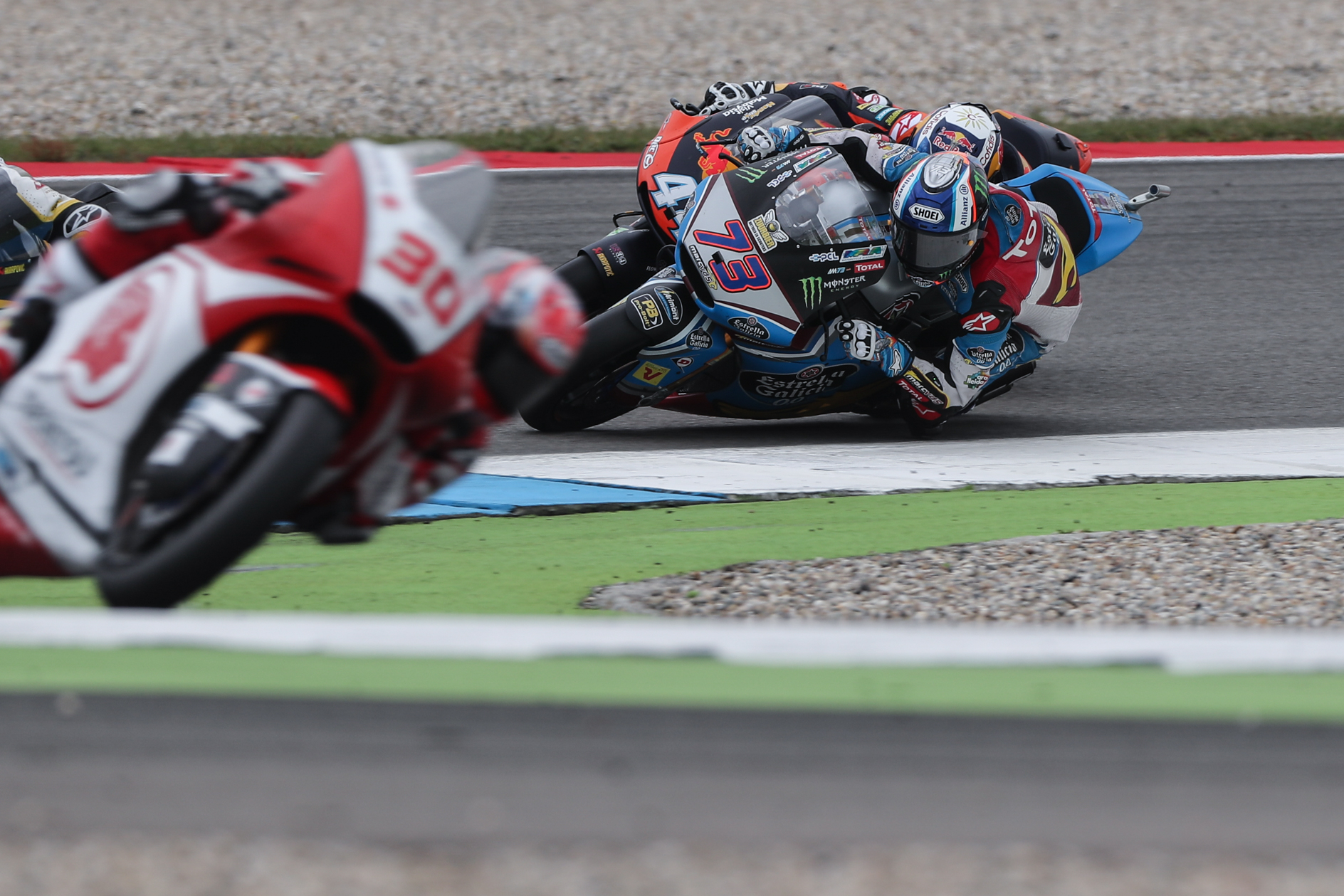 Márquez fully played his part in today’s gripping action when he kept his Kalex machine firmly in podium contention until the final stages of the race.

With the race building to a thrilling climax, Márquez couldn’t quite maintain his strong challenge, and rather than take unnecessary risks that could have cost him crucial World Championship points, he wisely settled for a hard earned sixth place to remain third in the standings.

Alex Márquez: “Today was a very tough battle and I think the fans certainly got value for money. But I can’t be entirely happy because I was expecting more from today. We only had one day of dry practice on Friday and the conditions changed a lot again today, and I just didn’t have the right feeling to keep myself in the battle for the podium right to the end. It’s a pity but I didn’t lose a lot of points in the World Championship. I finished the race and collected some important points and I hope to be stronger and fighting for the podium again in Germany next weekend.”