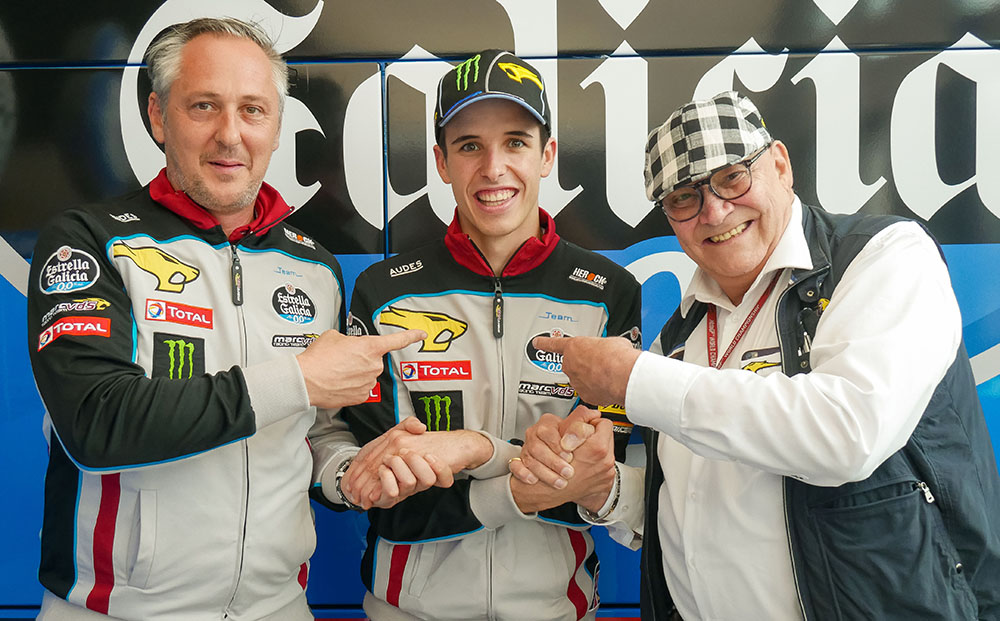 Álex Márquez will stay with Team Estrella Galicia 0,0 Marc VDS is his fourth season in Moto2.

This means that Team Estrella Galicia 0,0 Marc VDS will once again have an all-Spanish line up in Moto2 next year, with Márquez being joined in the team by current Moto3 World Championship leader, Joan Mir.

Márquez came to Team Estrella Galicia 0,0 Marc VDS in 2015 as the reigning Moto3 World Champion and is now very much a championship contender in the intermediate class.

The 2017 season has seen the Spaniard come of age as a Moto2 rider. The 21-year-old celebrated his first win in the class at this year's Spanish Grand Prix in Jerez. A second win followed shortly after, again in front of his home crowd, at the Catalan Grand Prix in Barcelona.

Álex Márquez: "I’m happy to announce that I’ll continue with Team Estrella Galicia 0,0 Marc VDS in Moto2 next season. I want to say a big thank you to the team for believing in me and I hope I can repay their faith in me with more wins this year and an even stronger 2018 season. For me there was no better place to go; this is the best team for me and I really feel part of the family here. The stability that staying with the same team brings is also important, so I'm happy that my crew will remain unchanged for 2018. To know where you're riding the following year so early in the season is good for the confidence, so now we can focus solely on the next races and closing the gap to the two riders ahead of me in the championship standings."

Michael Bartholemy (Team Principal): "I'm happy that we have reached an agreement with Álex Márquez to stay with the team for next season. If I'm honest it wasn't a difficult deal to broker, as Álex wanted to stay and we absolutely wanted him to be the rider to spearhead our assault on the Moto2 World Championship next season. We always knew Álex had the potential to be a championship contender in Moto2 and this year that's exactly what he's become. He's shown he has the ability to run at the front and challenge for race wins and podiums every week and that will be even more important for the team next year as Moto2 rookie, Joan Mir, adapts to the demands of the intermediate class."