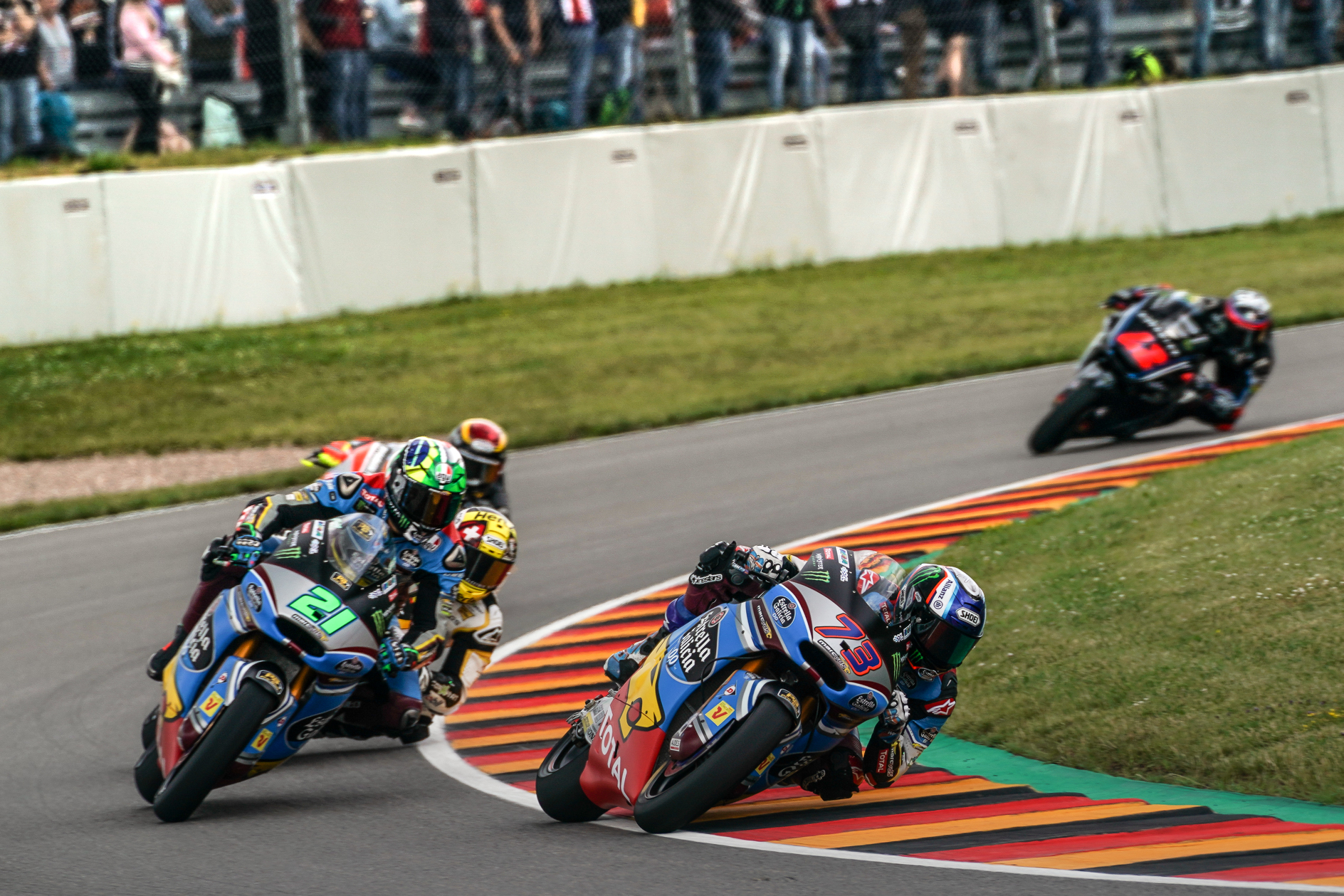 Crash for Alex Márquez at Sachsenring

While looking set for a podium challenge Márquez crashed at turn two on lap four thus ending his race early after getting the holeshot and leading the opening two laps.

With this result, Alex Márquez arrives to the half of the season fourth in the Championship, 60 points behind his teammate Franco Mordidelli.

Alex Márquez: "Today's race was not how we were hoping to round out the first half of the season. From the second lap I was struggling for grip and I had a big moment in turn seven when I shut the gas, with the rear trying to come round on me. The same happened two laps later at turn two and there was nothing I could do, the rear just went and I was down. Anyway, like I said, this isn't how we wanted to finish the first half of the season but now we have some time to recover before returning to action in Brno, one of my favourite tracks and where I hope to start the second half of the season strongly."