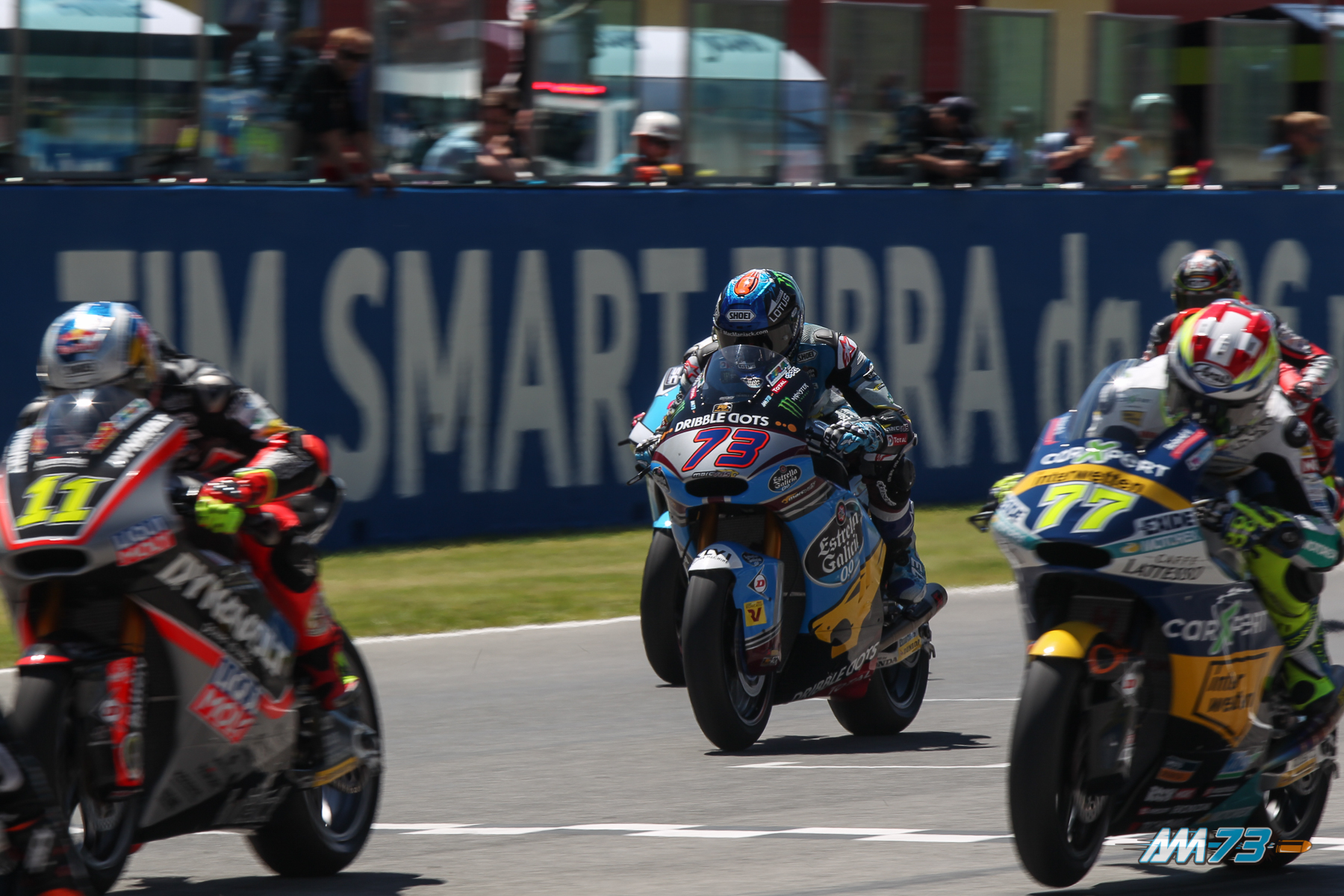 The Italian Grand Prix was run over a frantic ten-lap dash after the first start was red flagged to repair a damaged section of airfence in the interest of safety.

The original 21-lap distance was shortened to ten laps with Alex Márquez starting from 30th on the revised grid. Márquez had crashed at the turn three chicane with Luca Marini in first race but rejoined before the red flag.

It was roller coaster day for Márquez who recovered from being in the gravel in the cancelled first race to overtake more than dozen riders to finish a brave 16th, just one position out of a point scoring finish.

A capacity crowd jammed the hillsides overlooking the Tuscan circuit to see Johann Zarco win the sixth round of the Moto2 World Championship.

Alex Márquez: “At the first start I decided to stay calm in the traffic but then in the chicane I tried to pass Marini and he closed the door, it is not normal for a rider to cut the gas at this point.   The second race was better even though I started so far back. I passed a lot of riders but then I felt some vibration at the rear of the bike and perhaps this was from the crash in the first part. The important thing was to finish the race after picking up from the crash. Overall the general feeling from this weekend is positive and we still believe in our potential going to the next race, my home GP in Barcelona."