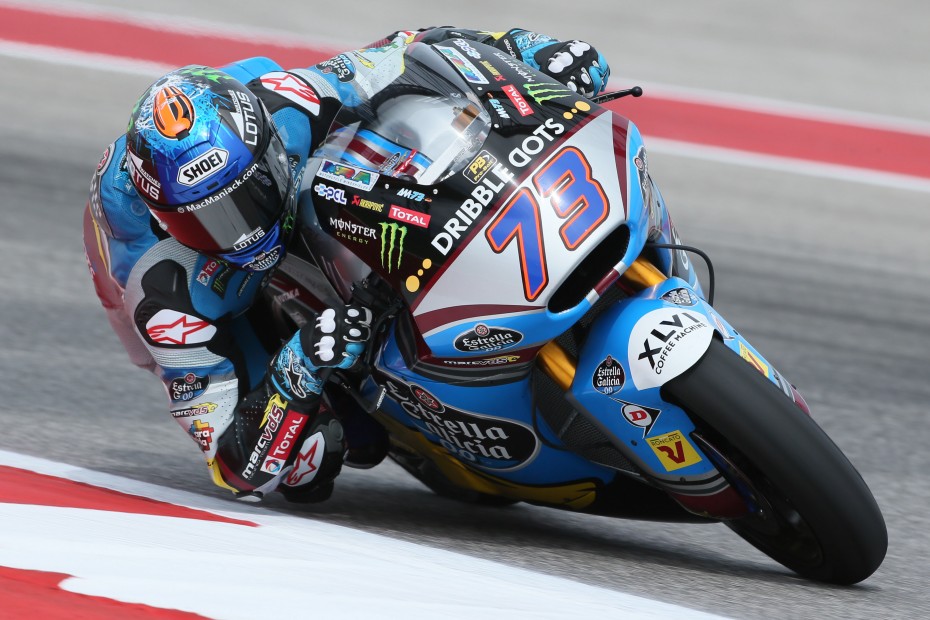 Álex Márquez is hoping his 20th birthday celebrations and the vociferous support of a huge home crowd will inspire the Team Estrella Galicia 0,0 Marc VDS rider to his first top six finish of the 2016 Moto2 World Championship in Jerez.

Márquez will turn 20 on qualifying day in Jerez and he is motivated to make it a double celebration on Sunday, with a strong race performance to back up his first point scoring finish of the season last time out in Austin.

Jerez has provided Márquez with mixed memories in his World Championship career. He made his Grand Prix debut at the 4.4km track in 2012 but he has never been on the podium in four previous attempts, which is a record he aims to set straight this weekend.

Márquez suffered a small fracture in his left wrist during a private test at Jerez in late February. But he bounced back well to post competitive times during the official Moto2 test at the Andalusian track just two weeks later.

Álex Márquez: “It was good to get my first points of the season in Austin because that was the target and it gives me some momentum coming into a massive home race in Jerez. I had good pace in the race in Texas and I learned some positive things, so we go to Jerez hoping to be even stronger. I had some issues with my arm in the last race but Jerez is not as physical as the Circuit of the Americas, so I’m confident I’ll have less problems. I am in regular contact with Dr Mir and his staff to ensure I don’t have any further issues. I am really motivated going to Jerez to have a strong weekend.  It is my birthday on Saturday, so hopefully we can be celebrating a great result on Sunday night too!”