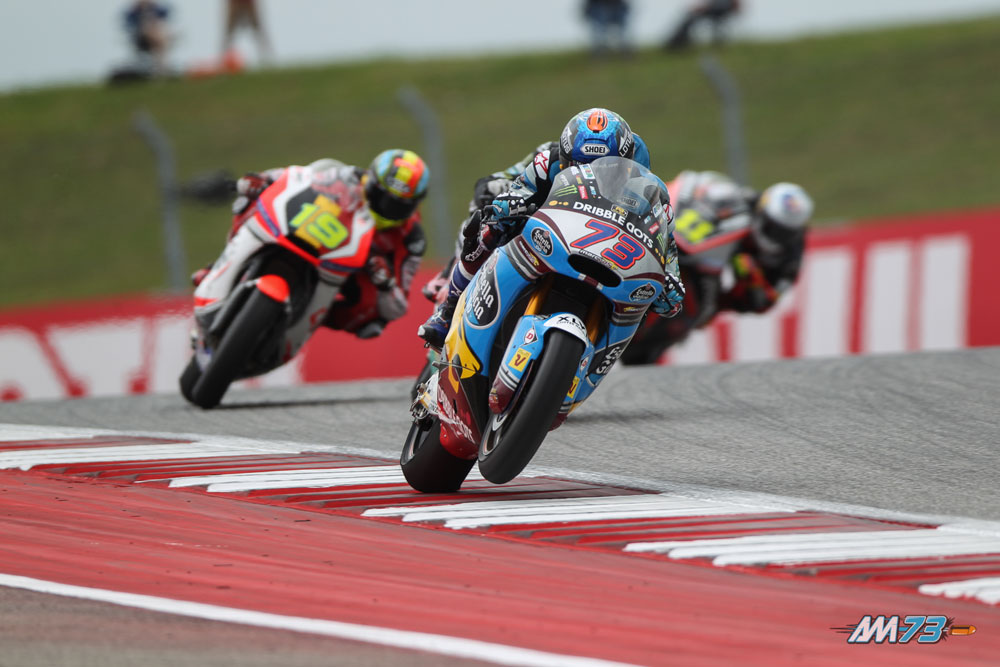 Alex Márquez scores first points of the season in Texas

Team Estrella Galicia 0,0 Marc VDS rider Alex Márquez scored his first points of the season with a dynamic charge to finish 11th in the Grand of the Americas.

It was timely return to form for the 2014 Moto3 World Champion who had crashed out of the opening two races in Qatar and Argentina. Starting 21st on the seventh row of the grid Márquez was in maximum attack mode and had surged to 13th on lap three of 19 before settling in 11th on lap five.

In the final laps of a closely fought race Márquez engaged Julian Simon and Marcel Schrötter in a tense battle for a top ten finish before he was slowed with pain in his forearms.

Alex Márquez: “Even though I started 21st I had the pace to be running up with the second group with guys like Johann Zarco, so it means I have to improve in qualifying.  I also suffered some problems with my arms in the final laps of the race so I need to check with Dr Mir to assess this issue. I felt good on the bike and believe I can race with the top riders but I am disappointed that the pain in my arms penalised me at the end of the race".