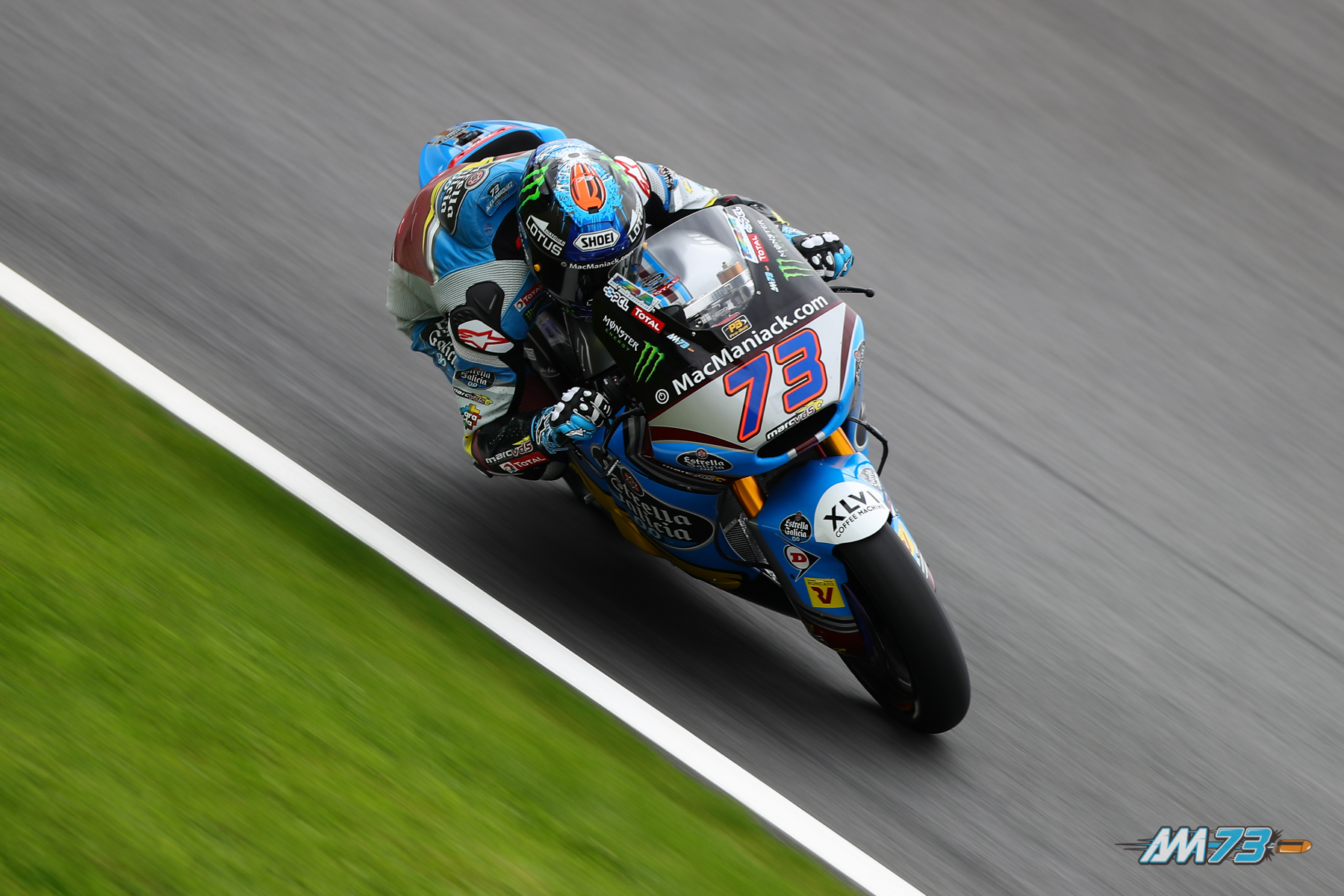 Alex Márquez make the short trip from Austria to the Czech Republic this week in confident mood that can mount a serious challenge for the podium at the fast and flowing Brno track.

Márquez is certainly relishing the prospect of tackling the undulating and demanding 5.4km Brno this weekend. The Czech Republic venue is the favourite track for the former Moto3 World Champion on the 18-round schedule and he arrives in Brno full of optimism after claiming only the third top six finish of his Moto2 career in Austria last weekend.

Márquez claimed a hard fought and richly deserved sixth place in Spielberg, which was his best result in almost a year when he finished fourth in the British Grand Prix at Silverstone.

Márquez also took a fourth place in Brno last year, and he is aiming to put up a strong fight for his first Moto2 podium in Sunday’s 20-lap race.

Brno first staged a Grand Prix back in 1965 on a 13.94km road course and it has been staged on the current layout in all but one year since 1987.

Alex Márquez: “Brno is my favourite track and right from my first year in the World Championship I have always enjoyed riding there a lot. It has always been a positive circuit for me but I go there with the same mentality like any other race and that is to give my maximum and try and get the best result possible. We can’t think it is going to be easy but of course our expectations are high, particularly after a very strong result in Austria last weekend. That gave me a lot of confidence and I also had a very successful test at Brno during the summer break where I was really fast, so I expect to be competitive this weekend”.