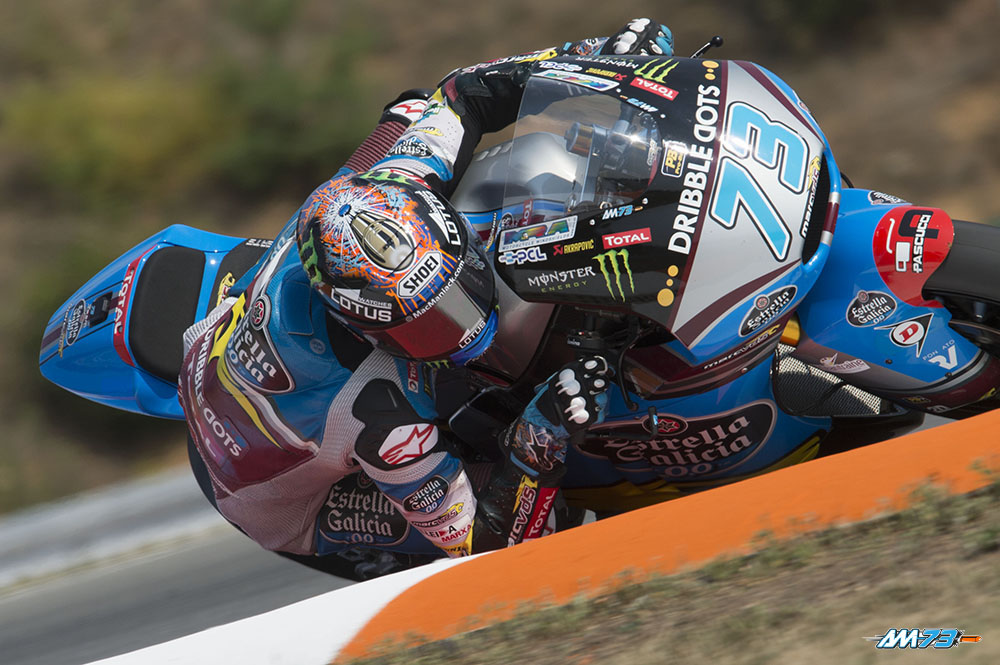 Álex Márquez had the best race so far of his rookie Moto2 campaign, finishing an impressive fourth after starting from the third row of the grid. Márquez was confident coming into this weekend at Brno, one of his favourite circuits on the calendar, and that confidence proved well founded with a strong performance in qualifying followed by his best race result since stepping up to the Moto2 class.

"At Indy we were making steps all weekend and we knew that coming to Brno, one of my favourite tracks, that we had a good opportunity. In the first laps I lost a little bit of time passing other riders and without that maybe we could have battled with Tito. In the end I'm really happy with fourth position here, after some difficult races this season. I want to thank all the team for their work this weekend and I’m confident that this is the way we will continue for the next races. I’m still a rookie in this class, but we made a step here and now we’re ready to take the next.”

Michael Bartholemy: Team Principal
"It's always a shame when you don't win the race but the incident at the start of the race, when Tito had a big slide, could easily have gone the other way. It was good to stay on both wheels but having lost nine tenths we couldn't close the gap to Zarco, who rode well today. I think that we had the same pace as him but we just couldn't get close enough to challenge for the win. Álex had a great rider today, too. Some people have questioned him but we saw at other fast tracks that he has the potential to make it, exactly as he did today. I think this was a great result for the team and, for a Team Principal, when you have a result like this you have to be happy!"