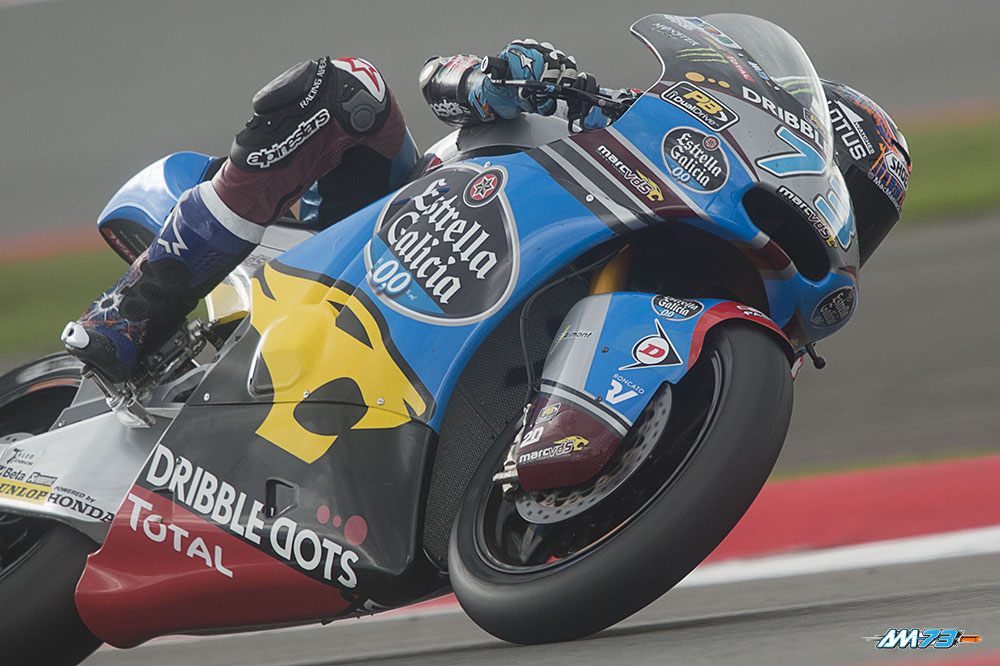 Silverstone marked the best result for Team Estrella Galicia 0,0 Marc VDS in Moto2 this year, with Tito Rabat and Álex Márquez finishing in the top four at the British Grand Prix.

A morning rain shower left treacherous conditions at Silverstone. With a dry line rapidly developing the wet tyres overheated in the second half of the 18-lap race and it left Rabat and Márquez fighting with one another for third. At the flag it was Rabat who claimed the honours, but it was a hugely impressive and mature ride from Márquez.

The reigning Moto3 World Champion has slowly been gaining momentum through the season with his increasing experience of the Moto2 machine. With such difficult conditions today it was a mark of the young Spaniard's talent that he was able to pick his way through the group and fight with his teammate. At the flag it was a career best result for Márquez in fourth.

"The conditions were really difficult and the most important thing was to finish the race. In the beginning of the race I felt really good but when the track began to dry I started to struggle a little bit. We knew from the test in Jerez that we needed to improve in these conditions and to keep pushing. But in the race the podium was close so we need to keep at this level. We'll go to Aragon for a test to make some of our setup ideas clearer but our level is good now."

Michael Bartholemy: Team Principal
"Both riders were fast in the dry on Friday and Saturday, but the conditions were completely different today at Silverstone. There was no option but to start the race on wet tyres, which meant both riders had to manage the tyres as the track started to dry out. Both Tito and Alex did a great job just to finish the race, never mind come home in third and fourth. It was a great battle on track and a great result for the team."