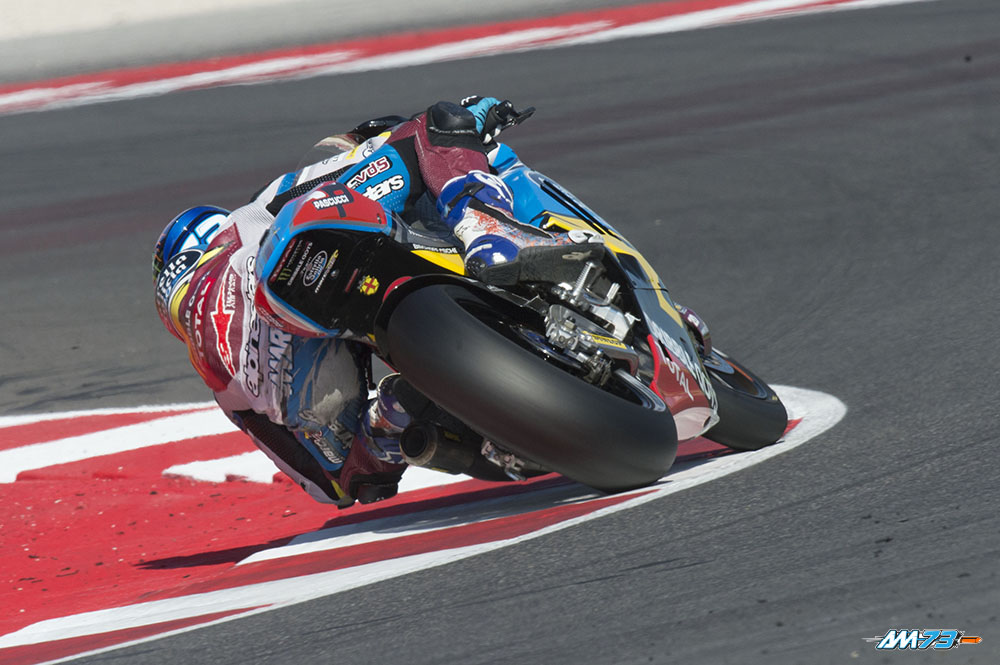 Álex Márquez crashed heavily at turn 12 on the sixth lap, after making a good start from 17th on the grid. It was a big crash for the reigning Moto3 World Champion and he was lucky to walk away with only his pride bruised. It was a disappointing end to a difficult weekend for Márquez, who has been in good form of late, finishing fourth in the last two races as he continues to adapt in his rookie season in Moto2.

"In the race the weather changed a lot and the track condition was very different compared to the rest of the weekend. In the early laps I wanted to catch the front group because I had a good rhythm and I felt like I could run with them. We had some problems this weekend, in FP1 and the crash in qualifying, so it wasn't the best weekend for us, but I think that the way that we have improved at Brno and Silverstone continued here and now we'll go to my home track at Aragon and I want to make a good result there."

Michael Bartholemy: Team Principal
"In the beginning of the race Tito said that he had no feeling with the front and that he was losing the front some times in the faster corners. It was a shame to lose a big gap to Zarco because they both had the same tyre choice and Zarco could keep his rhythm to the end of the race. For me the last ten laps were really impressive from Tito because he showed that he could fight and this had been a little bit of a weak point in the past. Today we saw that Tito is still one of the best riders in the championship. With where he came from in the race we can be happy with a second place. For Alex it was a shame because he used the same tyre selection as Tito and he was running close to his teammate when he crashed. I think that it would have been possible to finish close to the front like Tito did. Finishing the race in the gravel is always frustrating but we have to accept it. Overall though I'm happy with today and the weekend."