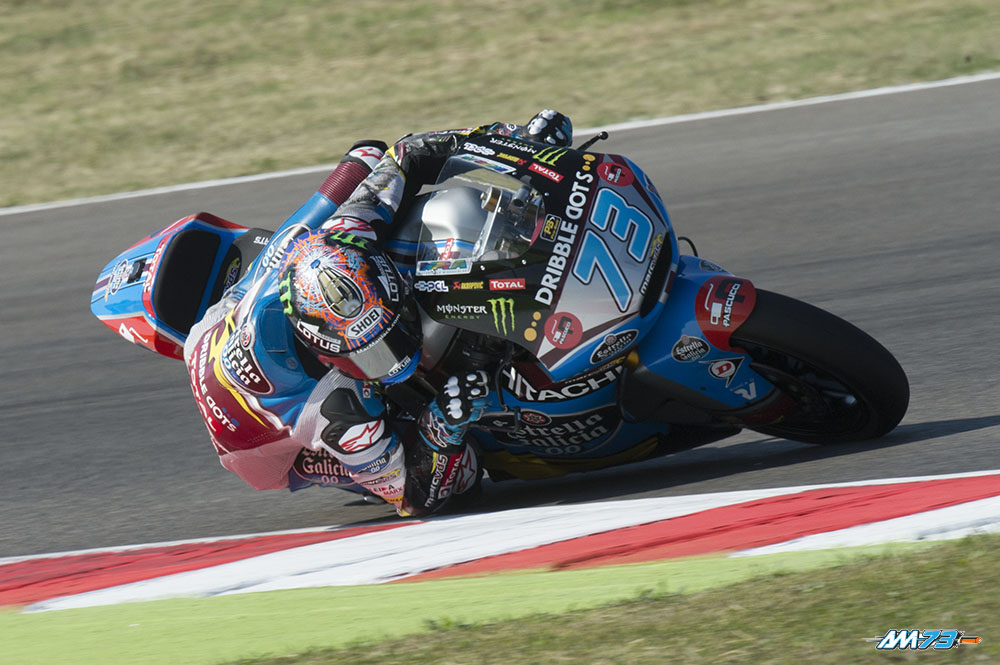 Âlex Márquez had another strong showing as he continues to learn and develop in the intermediate class. Having qualified on the second row of the grid, the reigning Moto3 World Champion was running well inside the top ten during the early stages of the race, despite being held up by Johann Zarco. Unfortunately the Team Estrella Galicia 0,0 Marc VDS rider’s race ended prematurely after an error saw him crash at turn 15.

"It wasn't the perfect race! In the first one we had a great opportunity to follow Tito, Rins and Lowes but in the second race after we started again I was fighting for two laps with Zarco. I couldn't really understand his objective because I'm not fighting for the championship. I have to see the positive points from today, which is that my rhythm has been really good all weekend and in the qualifying we had our best result of the year. I now need to push more in the three fly away races but the positive point is that we have improved all the time and our level is coming closer to that of the frontrunners in Moto2."

Michael Bartholemy: Team Principal
"It was a great race for Tito, who had an incredible battle with Rins throughout. I think that Rins was able to make some action, but Tito played it cleverly because the slipstream can be such a big advantage here. When you're in second position you always have a bit of a benefit so Tito did well to keep the advantage. It was a shame for Alex because he was running fourth on the first start but he was struggling a little bit behind Zarco after the restart and he lost contact with the front group. He then had a comfortable gap of two seconds to the guy behind him so it was a shame that he made a small mistake and lost the front because it would have been possible for him to make a good result today."