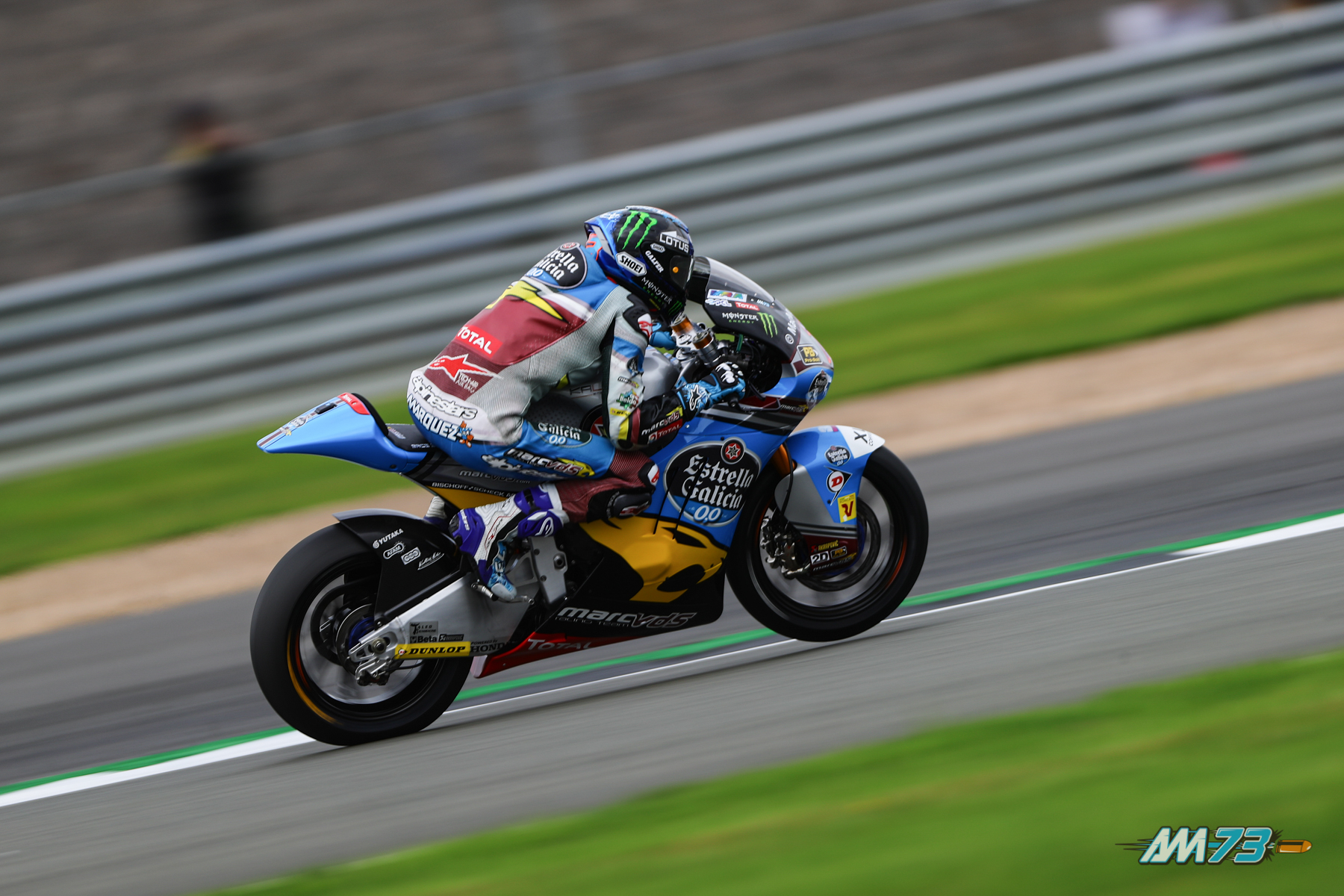 Márquez crashes out in podium fight

In the opening laps of the British Grand Prix Álex Márquez raced in tandem with his teammate with the pair in the early battle for third and fourth positions.

When Márquez lost the front-end and crashed out of third place at turn 16 on lap five. Despite that, Álex took the bike again and ended the race in 25th place.

Álex Márquez: "The crash was my mistake, totally my fault and it is a pity because I was feeling good and in a position to fight for the podium. We tried one thing for the race that was not ideal but this is not an excuse because the rest of the weekend was so positive and competitive. I know why I crashed and this is important now as we head to the next race in Misano”.

Michael Bartholemy: "Álex went out of the race early because it had been an impressive weekend for him, he was fast in both wet and dry conditions so we need to see this pace from him at the next race in Misano".