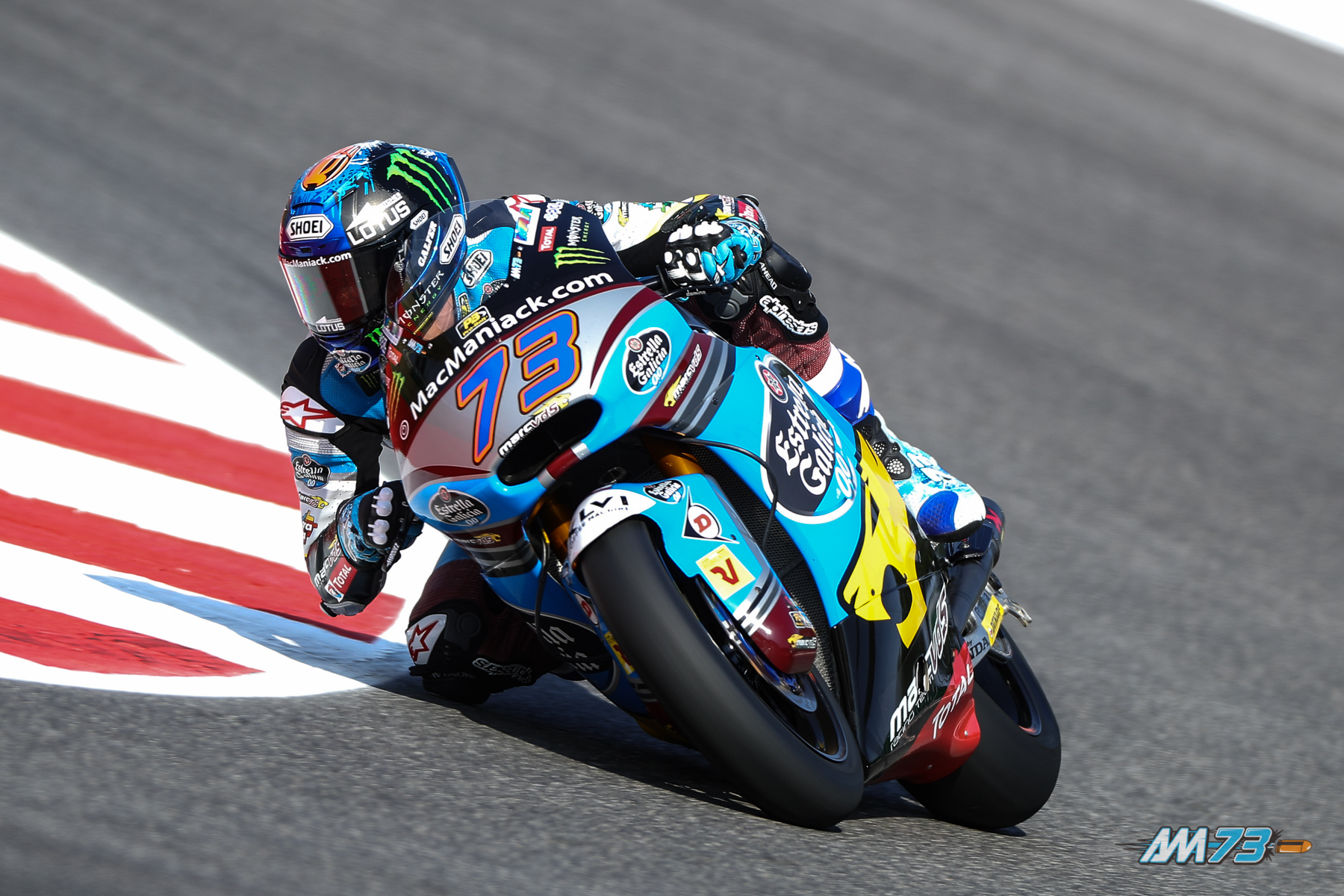 Team Estrella Galicia 0,0 Marc VDS rider, Álex Márquez, has finishes in tenth position in the San Marino Gran Prix, which is the 13th round of the Moto2 World Championship.

The 26-lap race at the Misano World Circuit,  with hot and humid conditions, Márquez started 12th on the grid and made a strong surge to ninth until he began to suffer front grip issues as the scorching track temperature hit 34 degrees. In the circumstances Márquez decided to secure his third top-ten result out of the past four races.

Álex Márquez: “I am not really happy with my race, I expected a lot more than this result. I made a good start and felt fast in the opening laps but then I started to lose the feeling with the front and I nearly crashed a few times with the front closing so I decided to make sure I finished.  I know we struggle in hot conditions so we need to see what steps we can take to solve this and we are 100% motivated for this at the next race in Aragon”.

Michael Bartholemy: “This was a good team result because we knew we did not have the pace of the front guys on the podium. It was a nice race to watch especially with the battles Franco had with the top five group. Both riders scored some important points today and Franco is edging towards fifth in the championship which was our target for him this season”.