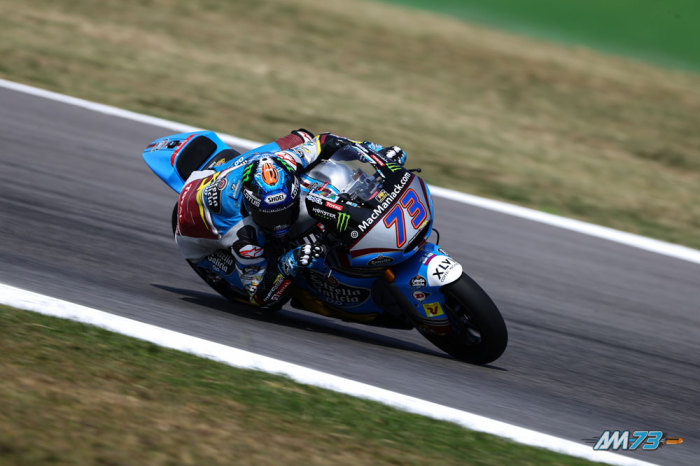 Márquez hopes to reign in Aragon

Team Estrella Galicia 0,0 Marc VDS makes its third of four visits to Spanish shores this weekend when Álex Márquez tackle the state-of-the-art Motorland Aragon track for round 14 of the Moto2 World Championship.

Márquez is determined to shine this weekend, with the Spaniard optimistic that his long quest for a maiden Moto2 rostrum can be ended in front of a large and passionate home crowd.

Márquez finished on the podium at Motorland Aragon when he was in Moto3 back in 2013 and 2014 and he is eager to build on a solid top 10 finish last time out in San Marino to showcase the podium pace he demonstrated in dry conditions in Brno and Silverstone.

Motorland Aragon joined the World Championship schedule in 2010 and was an instant success. It’s ultra-modern facilities and a flowing and challenging layout saw it awarded the prestigious IRTA Best Grand Prix of the Year in its inaugural season and it is now established as the penultimate round of the crucial European phase of the campaign.

Álex Márquez: “I am really looking forward to this home race this weekend. I always get great support in Aragon and a lot of family and friends come to watch from my hometown, so it is a special event. I really like the track a lot and I am confident that I can put up a strong performance throughout the whole weekend. It looks like the weather is going to be very good and that makes it less complicated to find the best set-up with the bike. Racing at home means you always find that little bit extra and I go there full of motivation and confident I can be in the battle at the front on Sunday”.