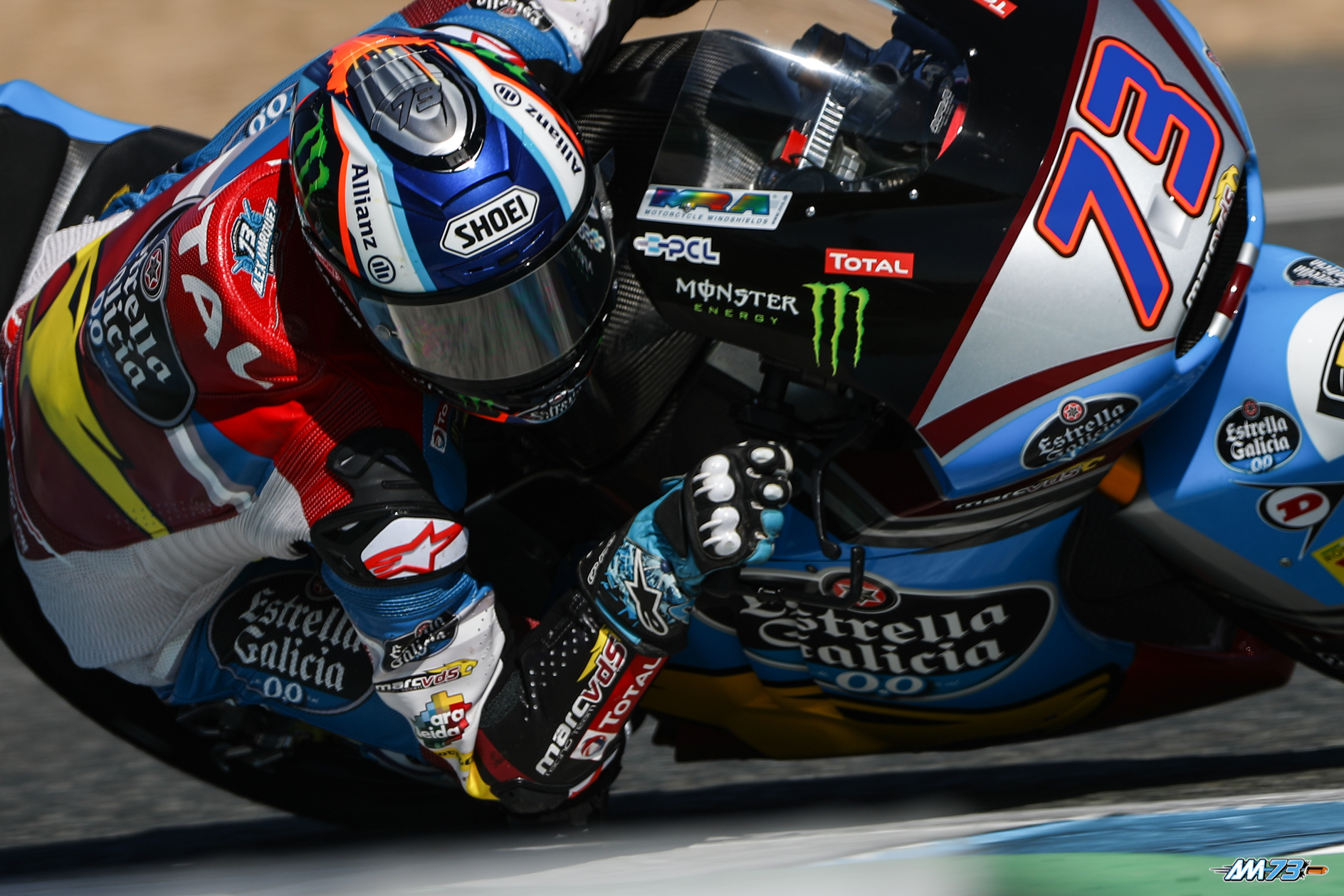 Márquez, the fastest in Jerez

Márquez's time of 1'41.989, which he posted in today's opening Moto2 session, was more than half a second under the existing Jerez pole position record, set by Sam Lowes in 2016.

The 20-year-old Spaniard was scheduled to complete a race simulation this afternoon, but decided to sit out the final Moto2 session due to illness. Márquez was examined in the circuit medical centre, where it was discovered he was running a temperature of 39°C. The Team Estrella Galicia 0,0 Marc VDS rider will now head home to recover, ready for the final IRTA test in Qatar.

Team Estrella Galicia 0,0 Marc VDS will now head to Qatar for the second and final three-day IRTA preseason test, which gets underway on 17th March.

Alex Márquez: "I'm happy with what we've achieved here in Jerez over the last three days, despite having to sit out the final session today because I was sick, which meant missing out on the race simulation. Even so, I feel really good on the bike, my confidence was increasing with every exit and I posted my best ever lap at Jerez to finish at the top of the timesheet. Now I need to recover for Qatar, where we need to continue pushing to be ready for the first race of the new season."