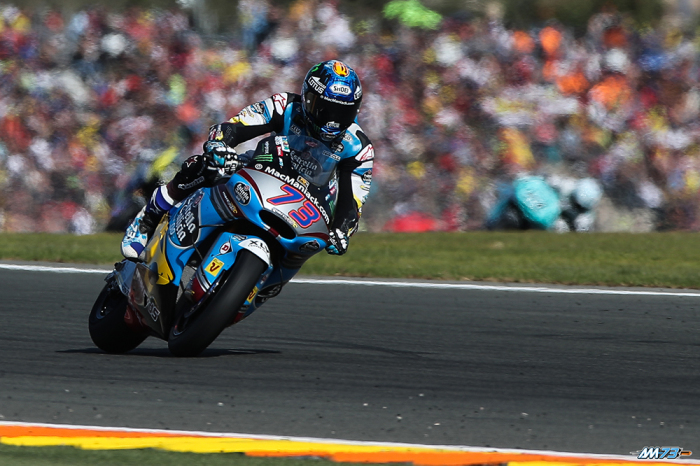 Álex Márquez has to retire in Cheste

Team Estrella Galicia 0,0 Marc VDS rider Álex Márquez couldn’t finish the race and took “the decision to stop” his bike in the Grand Prix of the Comunitat Valenciana due to the annoyances suffered in his left arm.

For Álex Márquez it was painful end to the season with the 20-year-old Spaniard retiring after 17 laps with arm pump. The 14-turn Ricardo Tormo Circuit is one of the most physically demanding on the calendar and despite pain-killing injections Márquez succumbed to the issue with his left arm after suffering through practice and qualifying.

With a best result of second in the Aragon GP Márquez finished the championship in 13th place with 69 points and will now have surgery on his left arm.

The spectacular end to the season was enjoyed by a huge crowd of 110,050 people.

Alex Márquez: “I knew after the problems with my arm in practice and qualifying it would be a difficult race but I tried to be positive and hope that after some laps the arm pump would go away. But every lap it got worse and I could not even operate the clutch to shift down properly. It was too dangerous to continue so I decided to stop. Now I will do the final test in Jerez and then have surgery on my arm to be ready for next season.”