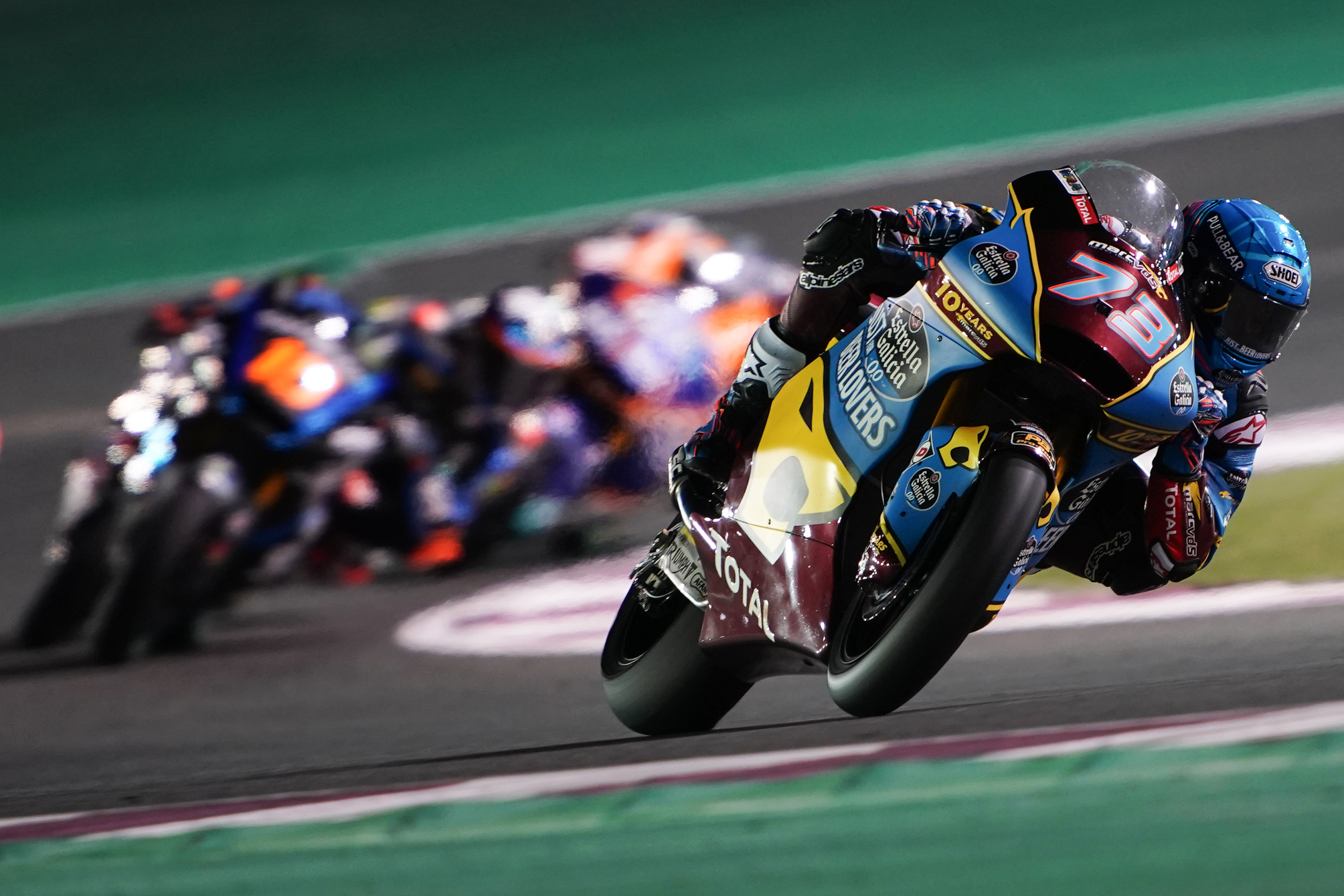 Márquez finishes just 5.018 seconds back of race winner Lorenzo Baldassarri. He started aggressively from 9th on the grid, making significant time on the first lap to sit 6th.

Márquez’s fastest lap on the ninth circulation when he was in 4th place suggested he could fight for the podium places.

By lap 10 he began to encounter issues with rear grip, and lost places to Augusto Fernandez, Sam Lowes and Thomas Luthi to slip to seventh.

Alex Márquez, 7th, +5.018:  “The start was not so bad. I was there in the first laps, trying to attack. I was feeling quite good. The bike was so fast. The team worked a lot to give me a good bike. I tried to catch the riders ahead and do my rhythm, like I did in the practice. Until lap ten it wasn’t so bad but it was around then when I started to lose the rear grip, the rear contact mid-corner. I started to have problems in that point and some vibration. Seventh wasn’t the result we expected after all the hard work during the winter. But we need to keep working like this, being consistent and we can be a little bit more ready in the next race.”