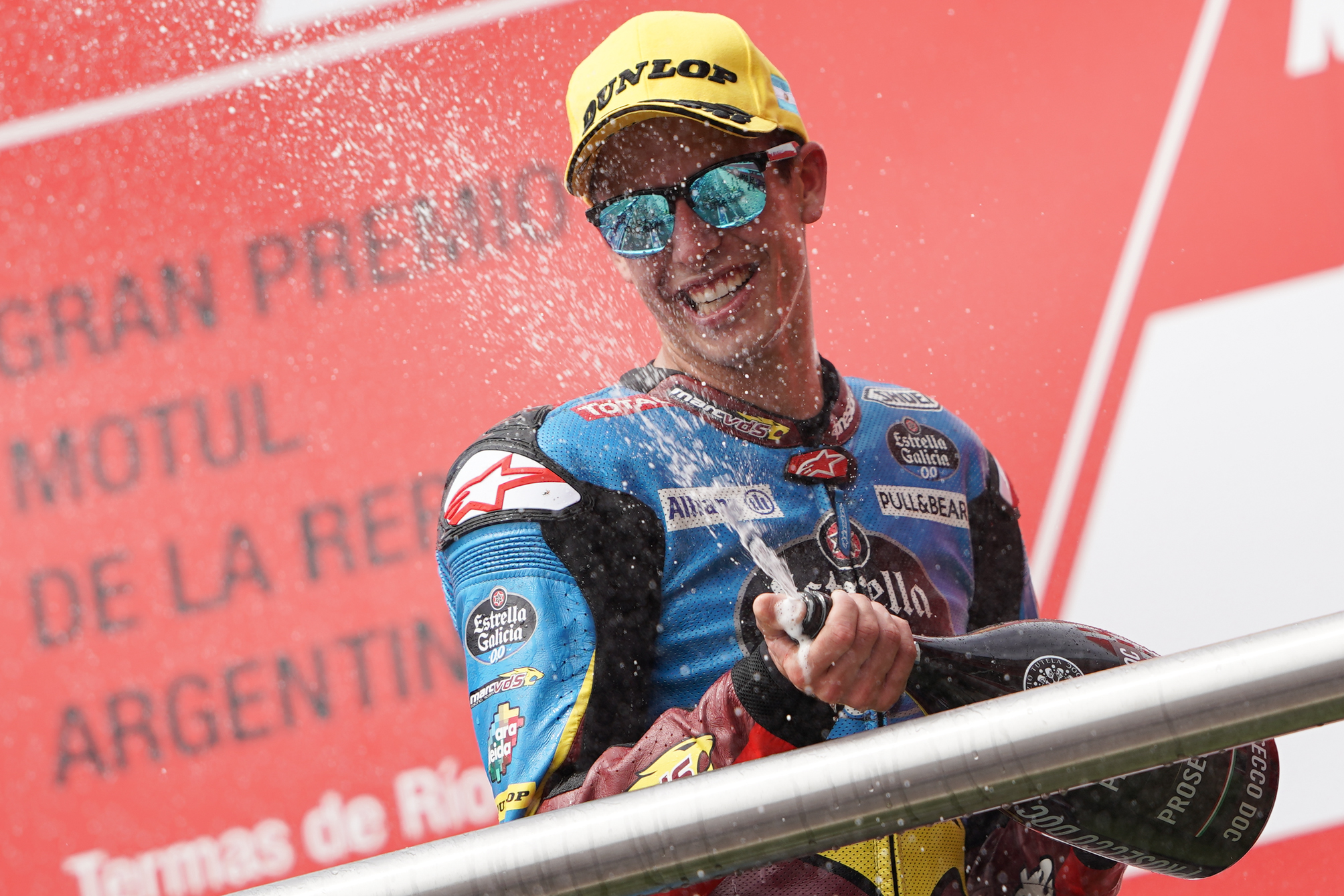 Márquez started well from fourth on the grid, climbing into the top three on the first lap.

After passing Marcel Schrotter for 2nd on lap eight, he enjoyed a brief spell in the lead when fighting with Remy Gardner.

Despite having the speed in the closing laps, Márquez was unable to stop Baldassarri escaping in the final laps and instead chose to score 16 valuable points. He is now fourth in the World Championship.

Alex Márquez: 3rd, + 1.817s :  “I am very happy. It was a difficult weekend but solid. We did a really good job. In FP2 I was struggling so much but we made a change and then straight away in FP3 I was going so well. A good weekend, but I still have some things to learn, especially when it comes to riding style and finding the limits of the bike. But anyway we did a good job all race. It was nice to be fighting with Remy Gardner during the race. It was good racing and everyone enjoyed it today. We knew it was important to be smooth in the beginning to try to be fast in the end. But when Baldassarri made that push in the closing laps I wasn’t in the right position to go with him. I’ll study that for the future. Today he was the most intelligent one and I need to pay a little more attention in Texas and to learn from this experience.”