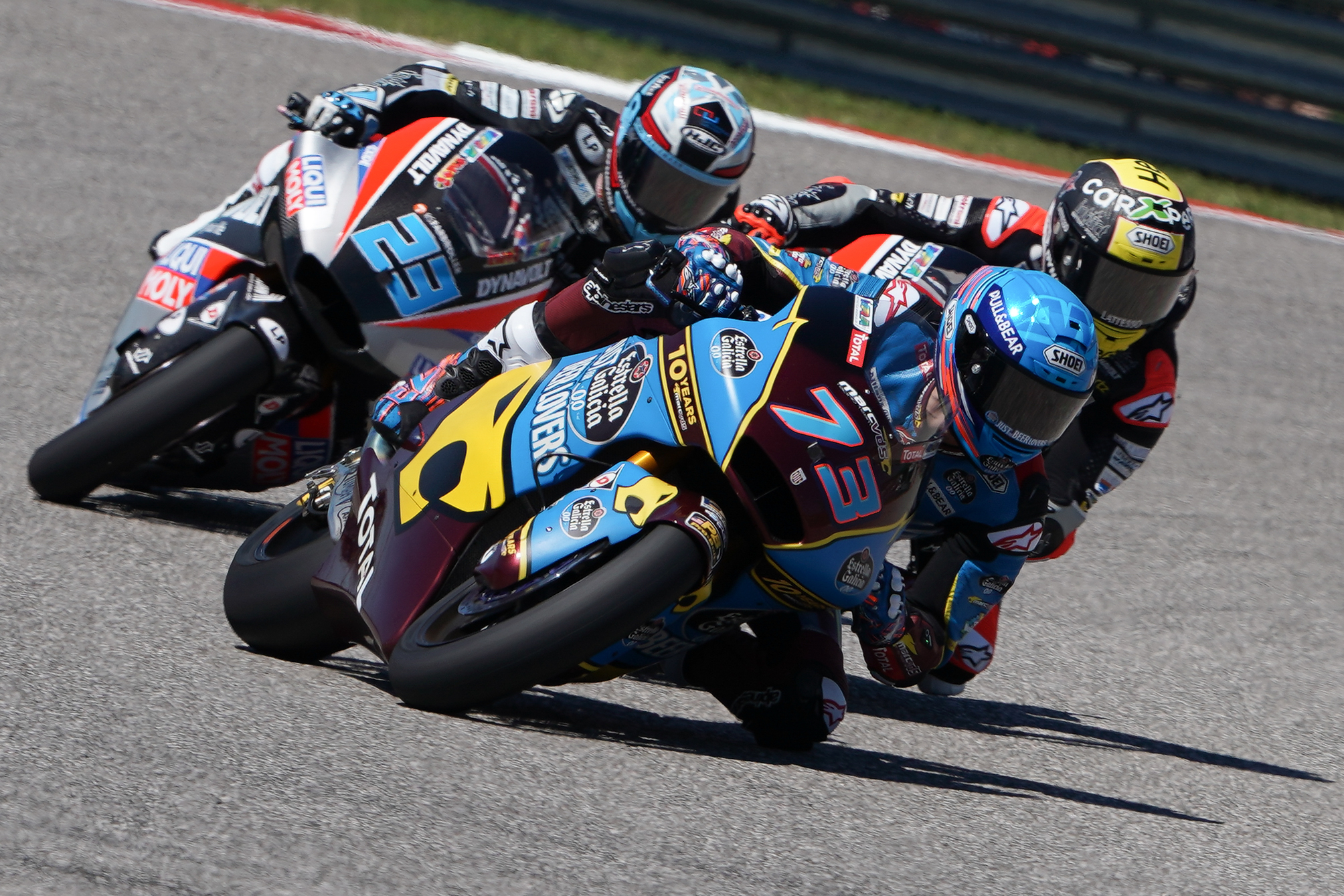 After taking an early lead, Alex Márquez struggled to maintain his pace in the second half of the race. But he fought off a determined Luca Marini and Sam Lowes on the final lap to claim 11 important points for fifth.

Márquez stormed into an early lead after qualifying an excellent second.

The 23-year old admitted to making some mistakes and he lost rear grip with eight laps to go. He dropped to sixth at one point, but Recovered well to pass Luca Marini for fifth on lap 17.

Alex Márquez 5è, 7741:
"I started well. I had a good start, a good first lap and I was feeling good on the bike. During the first eight laps I was really constant and really good. But then I started to make a lot of mistakes. With eight laps to go I started losing a bit of rear contact. It 's not the best results but we got really important points for the championship. We need to keep growing like this. Due to my mistakes I'ma not happy with my performance during this race but I'ma really happy with the performance of the team. We had a really good weekend. We did not get many laps on track so I'ma happy. Now I'ma looking forward to Jerez."