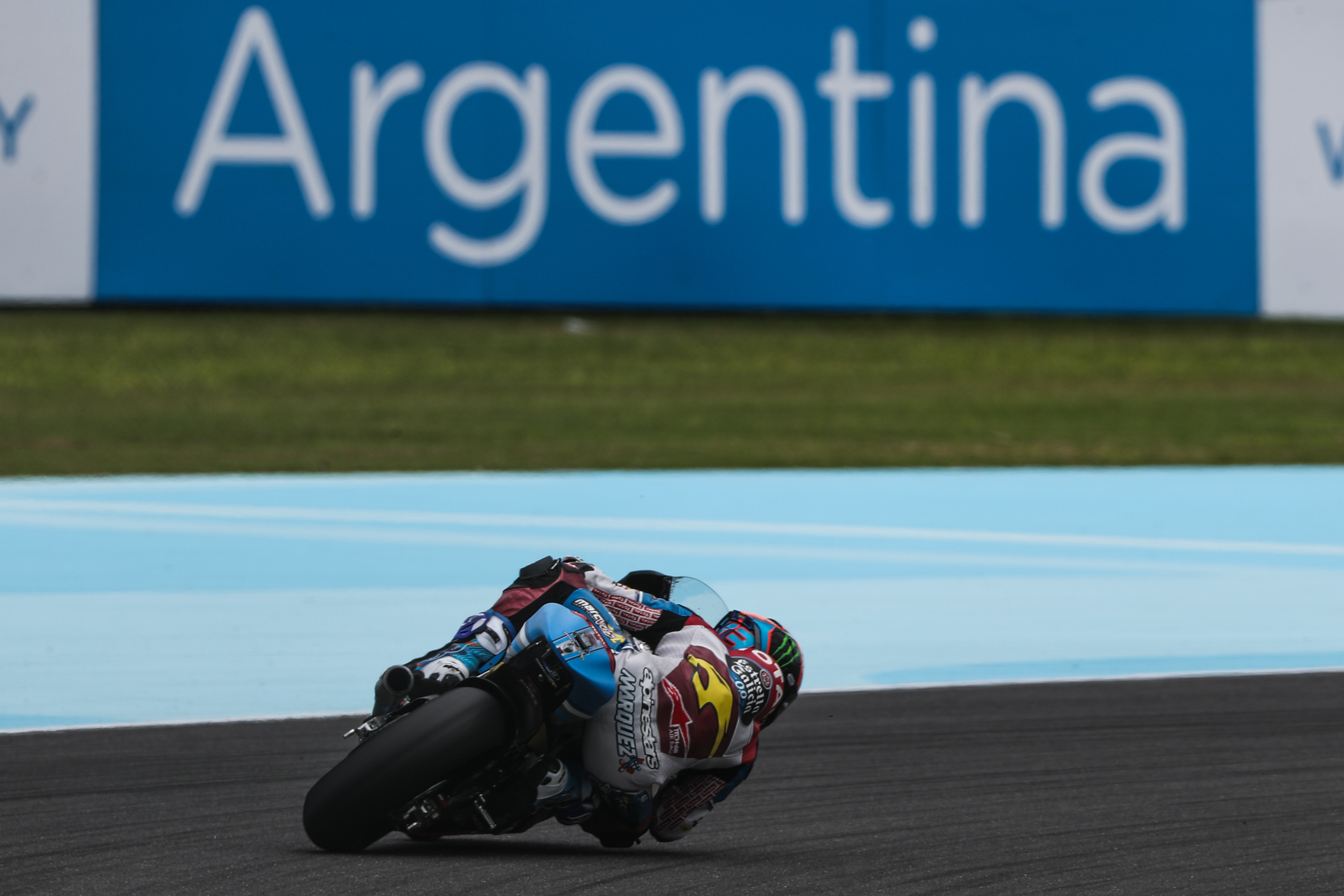 Unfair end for Alex in Argentina

Great race from Alex Márquez with an undeserved end. After riding second most part of the race, he briefly taking the lead into turn five on lap 21, with Morbidelli immediately responding to go back in front, Márquez set himself for a last lap challenge for victory.

But a 1-2 finish went begging when Márquez high-sided at turn seven on the final lap, an undeserving end to his brave podium challenge after a tense battle with Morbidelli. Márquez rejoined to bring his battered Kalex home in 21st position.

The race was run in dry and cool conditions after practice and qualifying had been interrupted by rain.

Álex Márquez: “For sure today I had a chance to go for the victory so it is really disappointing. I made a mistake in the last lap and I am not sure what happened but sometimes it is like this, when you go down you have to get back up and be even stronger. I want to thank my team, I destroyed a bike in practice and we made more changes after the warm-up and I had a perfect bike in the race. This year I am more confident on worn tyres at the end of the race but today I made a mistake. I’m not happy but there are some positives to take from the weekend."