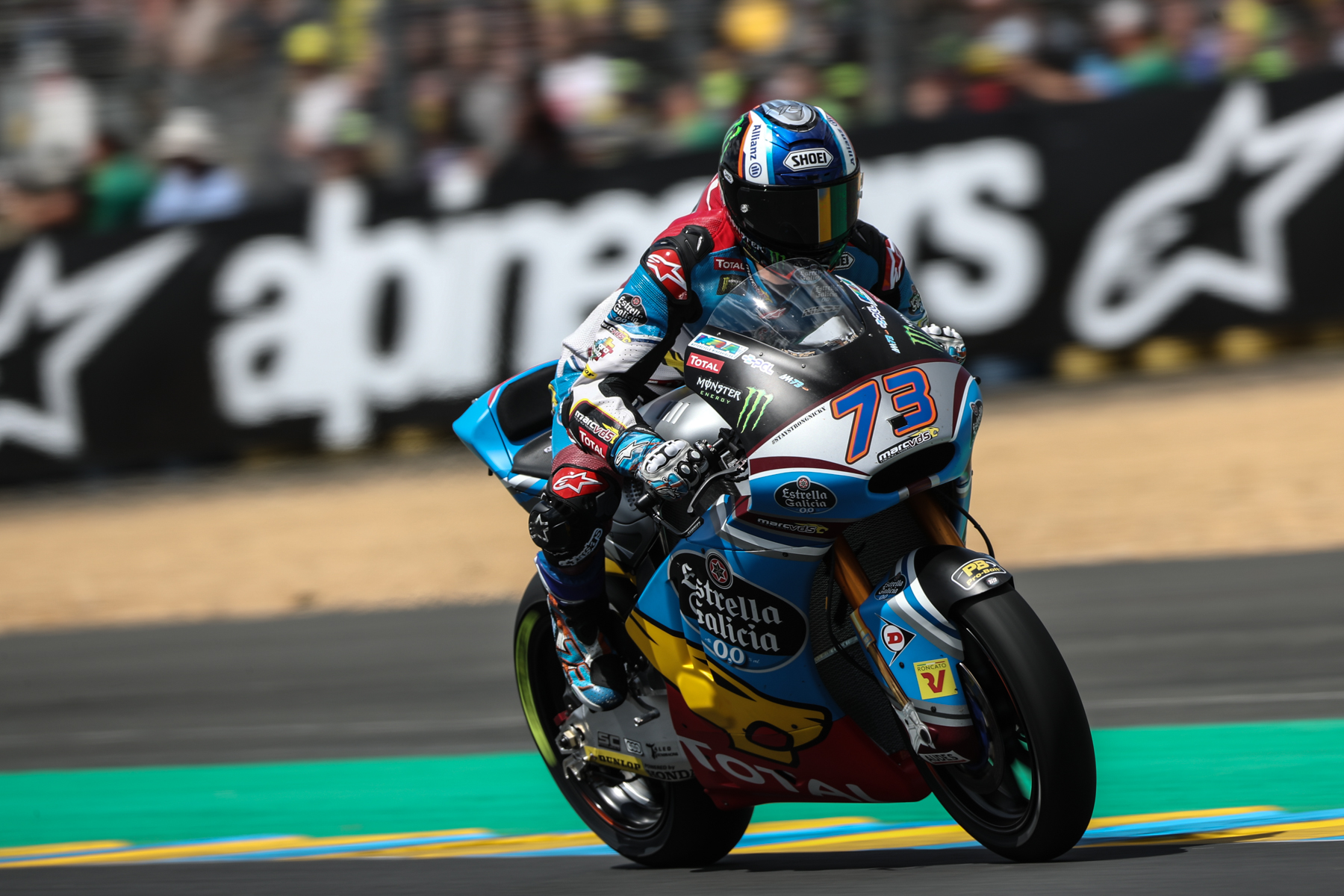 The French GP was a tribute to the tenacity of Álex Márquez who ignored the pain and discomfort of fracture in his left foot to finish a brave fourth.

Márquez only conceded the final podium position with five laps reaming after a long and tense battle with Lüthi.

Morbidelli leads the championship on 100 points after five rounds ahead of Tom Lüthi on 80 with Márquez moving into third place with 62 points.

Alex Márquez: “It has been a difficult weekend with the changeable weather and two crashes in practice and then with the pain in my foot for the race. But I think I did a good job and the podium was close but I just couldn’t make it today over the final laps. The main thing is I scored important points for the championship at a circuit where I normally struggle a little. I’m motivated to keep this mentality of scoring good points in every race.”