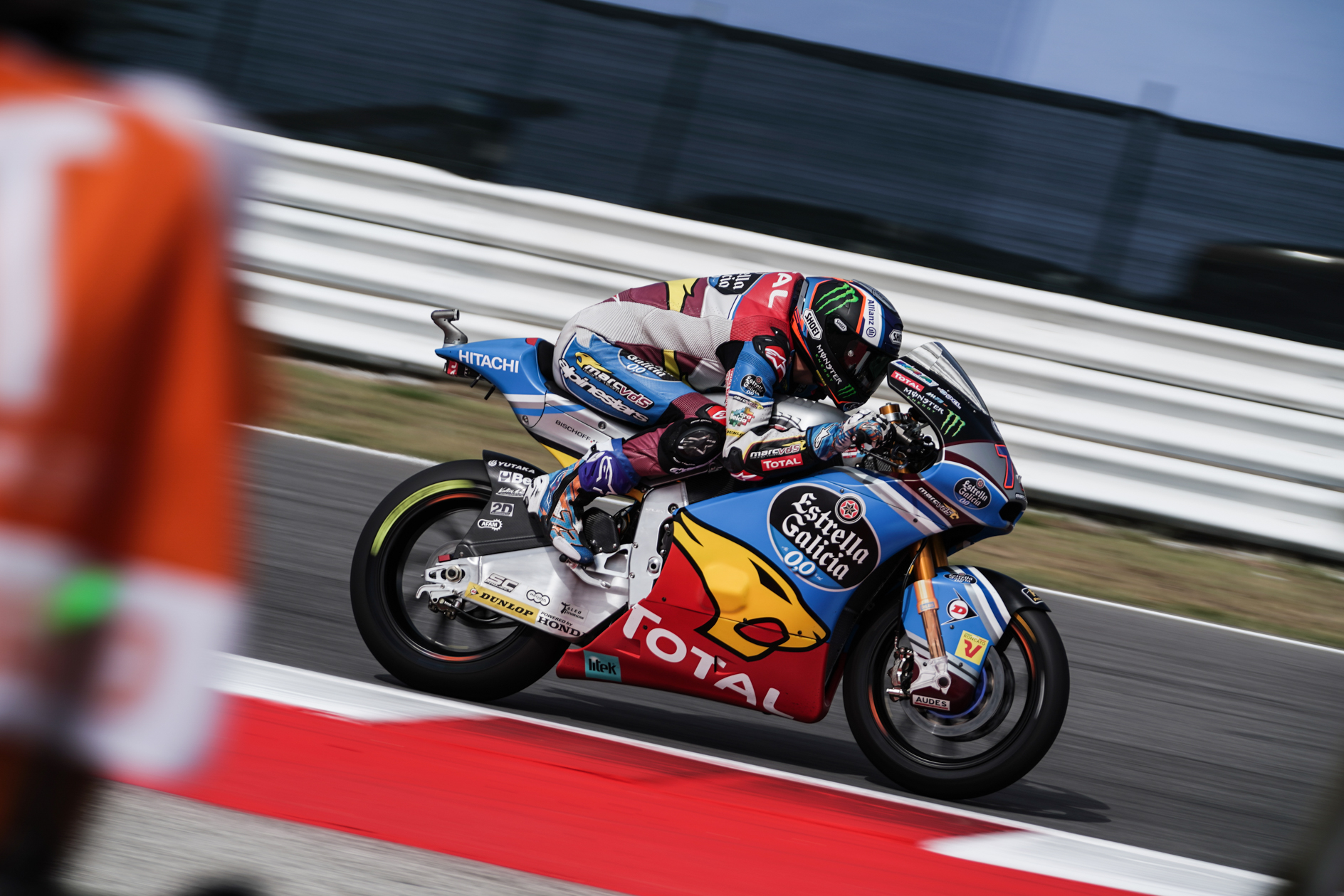 Alex Márquez was in sensational form in this morning’s opening 45-minute session and it looked like he was going to do the perfect start but the weekend for Márquez unfortunately came to a premature and painful end. The former Moto3 World Champion topped the timesheets in FP1 before crashing at turn eight in the final moments of the session, landing heavily on his left hip.

A thorough examination at the circuit medical centre, including an MRI scan, revealed a small hairline fracture at the level of the left acetabulum. However, it was the swelling to the joint that caused by the impact that saw the Spanish star declared unfit to ride this weekend.

Márquez will return home to Barcelona for further treatment and to rest and recuperate ahead of the Aragon GP.

Michael Bartholemy: Team Principal – “It is a big shame what happened to Álex this morning. He was doing a fantastic job and leading the session but we could see it was a very big crash. It is tough for him and the team that he can’t ride again this weekend but the injuries mean it is impossible for him to compete. The most important thing for Álex now is to get home to Spain to rest and recuperate because he has a huge race coming up next in Aragon. The good thing is he didn’t need an operation and there shouldn’t be any complications, so it looks like it is just a matter of time before he can be back at 100% fitness.”