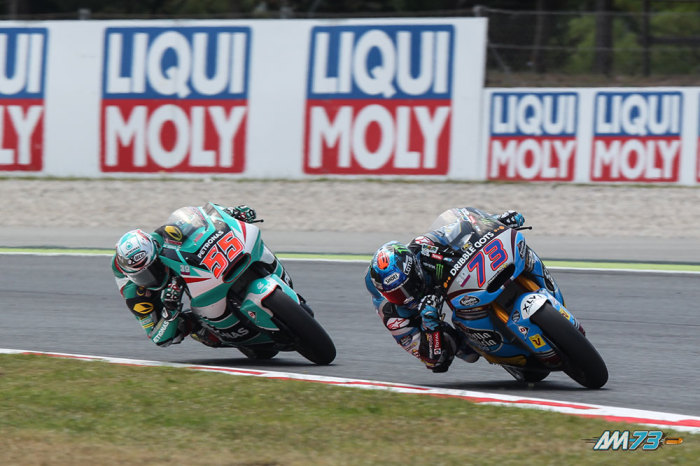 A sudden mid-race crash cost home race hero Álex Márquez the chance of podium finish for Team Estrella Galicia 0,0 Marc VDS in today’s Grand Prix of Catalunya. It was a disappointing outcome for Márquez who eventually finished 18th in the 23-lap race.

Márquez was within reach of a career first Moto2 podium when he inexplicably crashed at turn 10 having closed to within 0.8s of third placed Tom Lüthi.

Márquez had started seventh and was racing comfortably in fourth for eight laps before crashing on lap 12 and then remounting to finish a despondent 18th.

The race was run on a revised layout using the Formula One track configuration because of safety concerns following the tragic accident on Friday that claimed the life of Luis Salom.

Álex Márquez: “I had absolutely no warning of the crash, everything was perfect and then suddenly I was on the ground. I think I made really good race and I felt confident on the bike but in the end it is like this. We have a bike that is really fast and stable but we had this problem of no warning in the race, I had no feeling about the crash”.