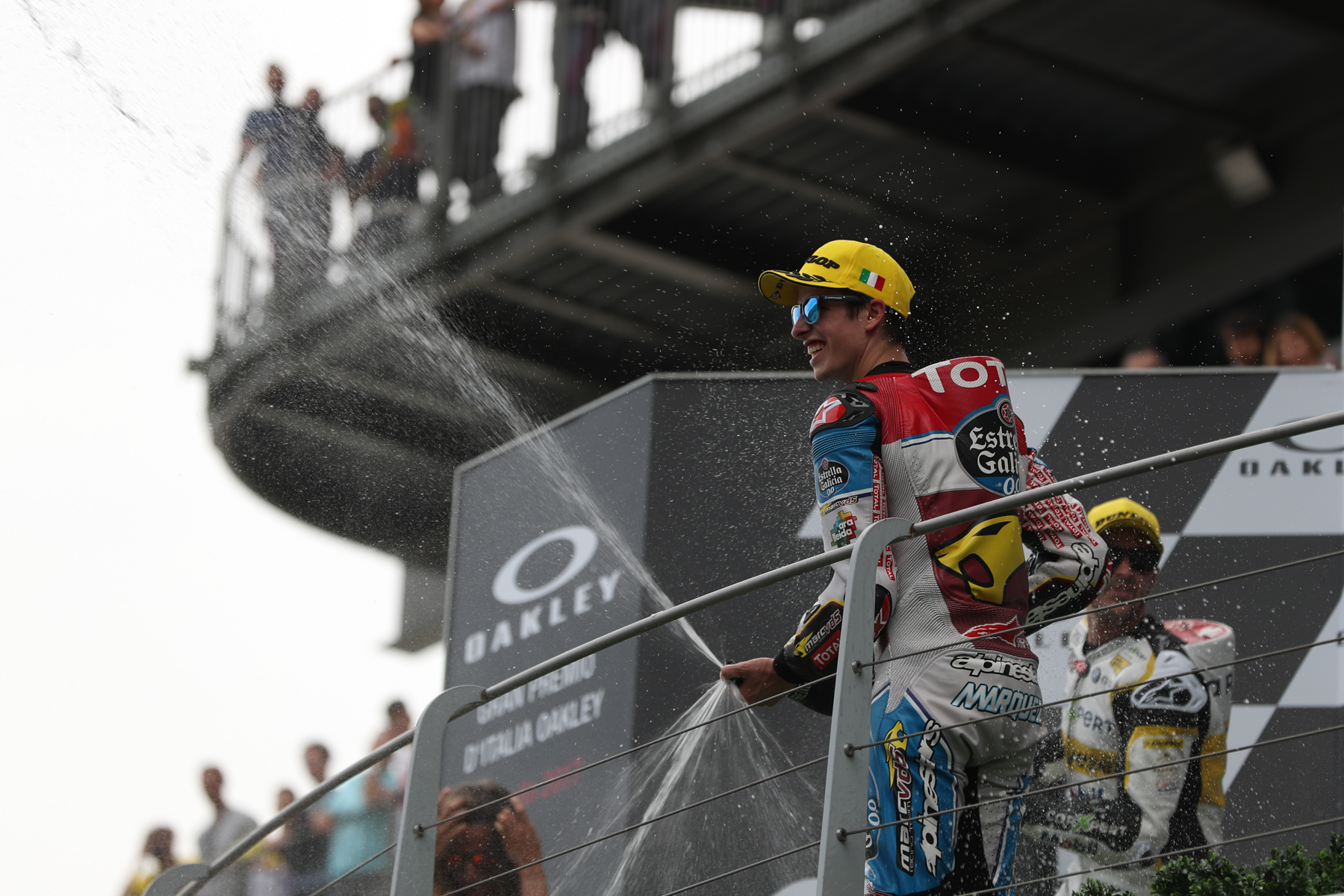 Márquez was part of a breathtaking final lap at the Italian Grand Prix to finish in third, just 0.136s out of first place taken by home favourite Mattia Pasini.

Márquez, Pasini and Tom Lüthi had staged an absorbing three-way battle for the victory for most of the 21-lap race run in cool and overcast conditions.
The trio took turns at the front but it was Pasini who surged from third on the final lap to take the win ahead of Lüthi and Márquez.

The Spanish rider had conserved his rear tyre for the late race contest but admitted his final lap was perhaps a little too conservative.

However the podium is the perfect platform for Márquez for next Sunday’s Catalunya Grand Prix in Barcelona. After six races Márquez is third on the World Championship with 78 points.

Alex Márquez: "The last lap was incredible and I pushed as hard as I could but maybe I thought too much about it. I saved my tyres for the final lap but in the end it was not enough, Pasini had unbelievable rhythm for the whole race. I’m happy to be on the podium in Italy and score some very important points for the championship and now we go to my home race in Barcelona."