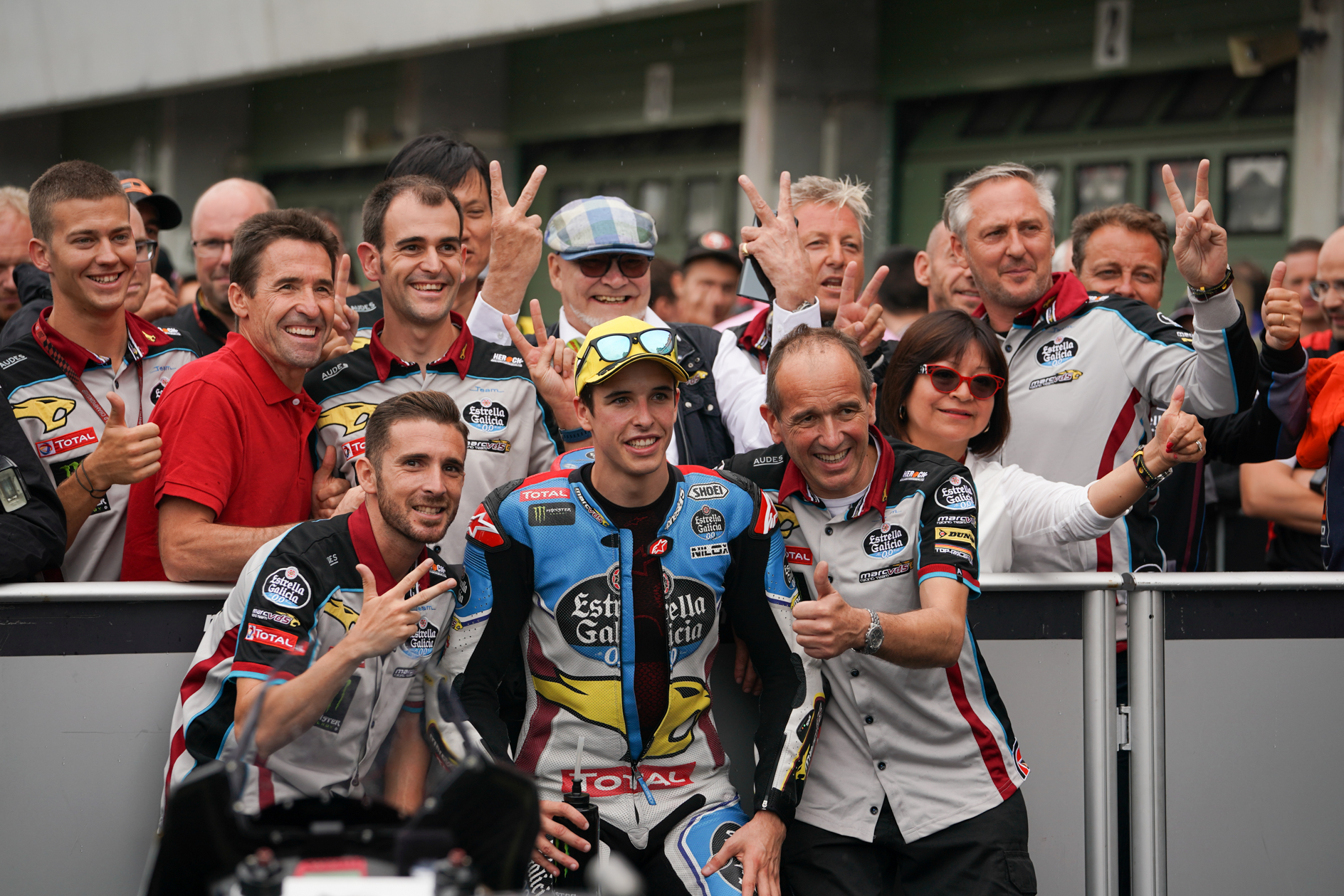 The rain interrupted Czech Grand Prix was decided over a frantic six lap dash that produced a dramatic contest for the tenth round of the Moto2 World Championship.

With light rain falling Márquez dashed from fifth on the second row of the grid to settle in second place, which he controlled all the way behind race winner Tom Lüthi.

It was a brave performance with Márquez still recovering from a neck injury suffered when he crashed out of the previous race in Germany. The Spanish star dedicated his podium to countryman Angel Nieto, the legendary 12+1 World Champion who passed away last Thursday.

Morbidelli continues to lead the championships on 182 points, now 17 points clear of Lüthi with Márquez third on 133 points.

Álex Márquez: “I feel really good to get this podium after my injuries in the previous race in Germany and then a difficult period in the summer break. I tried to go for the win for Ángel Nieto but today Tom Lüthi was too good. But I want to dedicate this podium to Nieto – the Maestro – and I will never forget him, he was a true legend of motorcycle racing.”