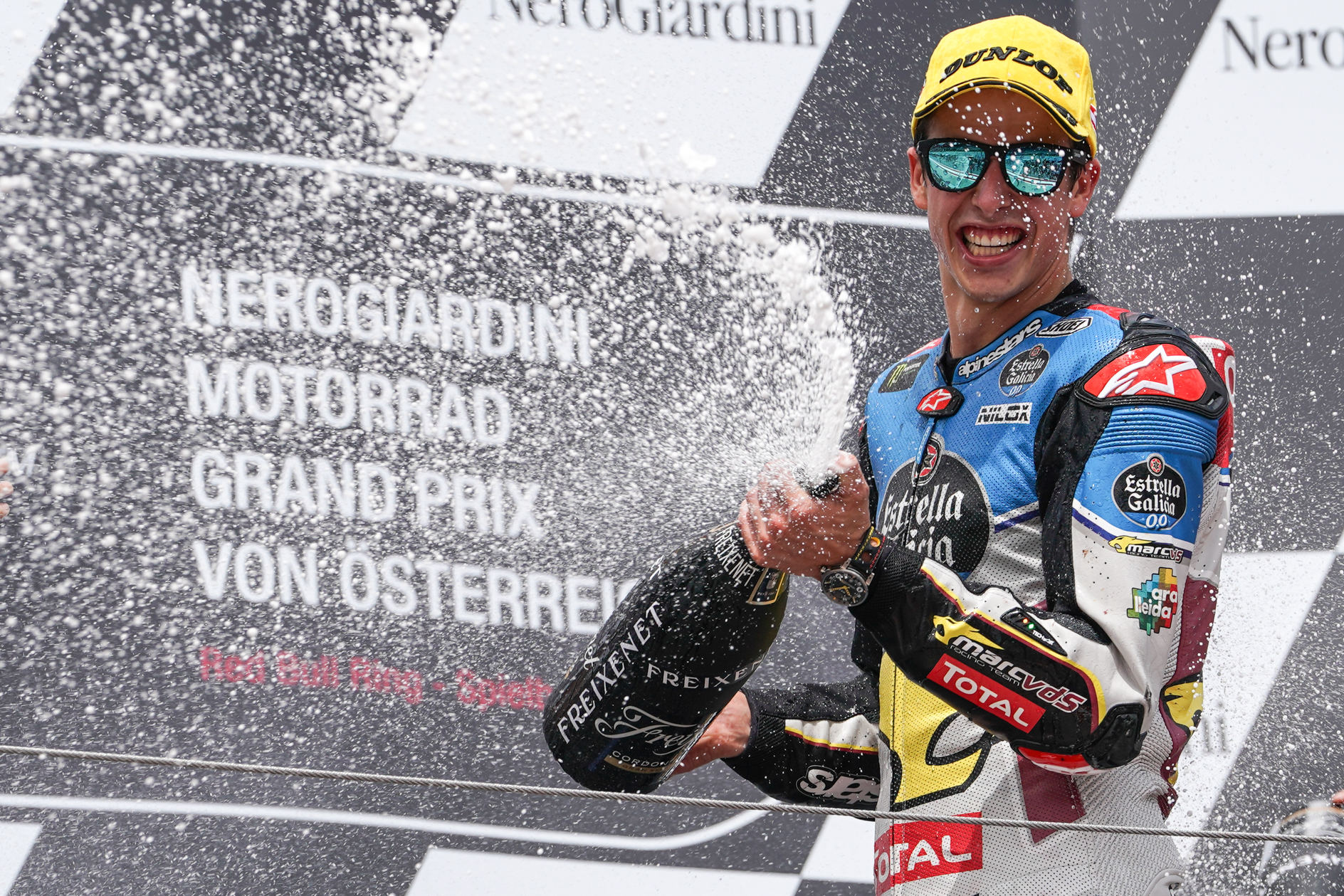 Álex Márquez scored his fifth podium finish of the season in Austria after a very tight race.

From lap three Márquez was engaged in a tense and at times shoulder-rubbing duel with Lüthi with the Spanish star gaining the advantage to secure second on the podium with two laps remaining.

With seven races remaining Morbidelli has 207 points with Lüthi on 181 and Márquez on 153.

Álex Márquez: “I had a lot of fun in this race especially the fight with Tom, which was very close. Late in the race I thought I had a chance to challenge Franco for the win but I made a small mistake at turn three and lost the gap to him. But I am very happy to be on the podium, it has not been an easy weekend at this track so this is an important result for me.”