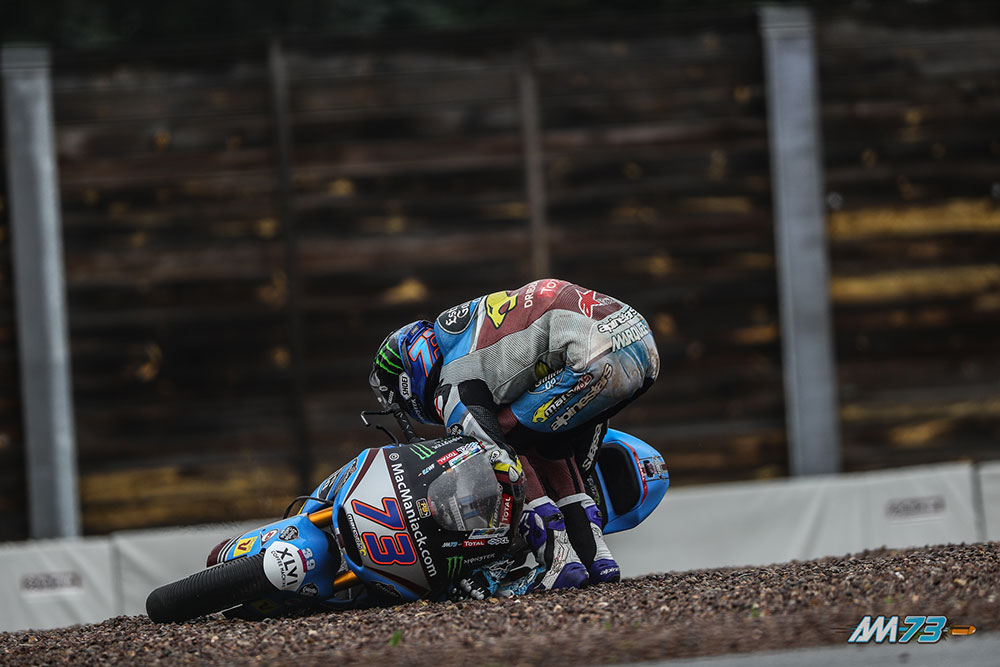 It was cruel blow for the rider who showed superb skill and bravery in very difficult conditions on the rollercoaster Sachsenring layout.

Márquez crashed twice after showing that he had the pace to join the podium.

After settling in ninth on the opening lap Márquez had impressively pushed to fourth, right behind Morbidelli, on lap 14 before sliding off at turn 10 on lap 15.

Márquez rejoined but made his final exit from 8th place with another crash on lap 25.

Álex Márquez: DNF: "The race was going so well for the first half but in the end it was not a good result. If I am honest I enjoyed the race, I really enjoyed riding with very good feedback from the bike in the poor conditions. When I crashed the first time I said 'come on, you can do it again and catch the group in front' but then I crashed again. It was my mistake both times and it is a pity because today we had the chance to make the podium. But wet conditions are like this, you have either bad or good luck."